US pulls troops from northeast Syria ahead of Turkish attack

In a sign of deepening humanitarian concern, a UN official reacted to the move by saying civilians must be spared in any Turkish operation in the northeast, adding the United Nations hoped that displacement and atrocities can be prevented. 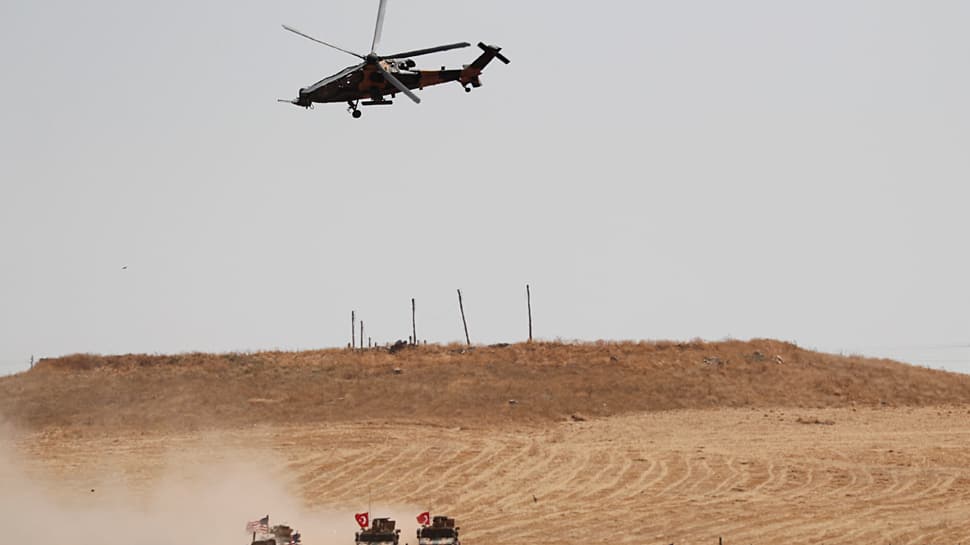 ISTANBUL: The United States began pulling troops from northeast Syria on Monday in a major policy shift, opening the way for a Turkish attack on Kurdish-led forces long allied to Washington and handing Turkey responsibility for thousands of jihadi captives.

The move was denounced as a "stab in the back" by the Kurdish-led forces who have been Washington`s most capable partner in fighting Islamic State in Syria. The forces, known as the Syrian Democratic Forces (SDF), accused Washington of reneging on an ally, warning it would have a "great negative" impact on the war against the militants.

In a sign of deepening humanitarian concern, a UN official reacted to the move by saying civilians must be spared in any Turkish operation in the northeast, adding the United Nations hoped that displacement and atrocities can be prevented.

"We are hoping for the best but preparing for the worst," Panos Moumtzis, UN regional humanitarian coordinator for the Syria crisis, told reporters in Geneva.

A US official said American troops had withdrawn from two observation posts on the border, at Tel Abyad and Ras al-Ain, and had told the commander of the SDF that the United States would not defend the SDF from an imminent Turkish offensive.

"Turkey will soon be moving forward with its long-planned operation into Northern Syria," the White House said after President Donald Trump spoke to Turkey`s President Tayyip Erdogan on Sunday.

"The United States Armed Forces will not support or be involved in the operation, and United States forces, having defeated the ISIS territorial "Caliphate", will no longer be in the immediate area," it added in a statement.

Erdogan said US troops had started to withdraw from parts of northeast Syria after his call with Trump. He said he planned to visit Washington to meet Trump in the first half of November where they would discuss plans for the "safe zone".

Turkey has long argued for the establishment of a 20-mile (32 km) "safe zone" along the border, under Turkish control, driving back the Syrian Kurdish YPG militia - which is the dominant force in the SDF alliance and which Ankara considers a terrorist organisation and a threat to its national security.

The United States helped the YPG defeat Islamic State militants in Syria, and had been seeking a joint `security mechanism` with Turkey along the border to meet Turkey`s security needs without threatening the SDF. The SDF accused Washington of betraying its ally.

"The American forces did not fulfill their commitments and withdrew their forces from the border areas with Turkey, and Turkey is now preparing for an invasion operation of northern and eastern Syria," it said in a statement.

SDF official Mustafa Bali said US forces were "leaving leaving the areas to turn into a war zone". "But the (US) statement today was a surprise and we can say that it is a stab in the back for the SDF," SDF spokesman Kino Gabriel said in an interview with al-Hadath TV.
A Turkish official later said the US withdrawal could take one week, and Turkey would likely wait until it had been completed before launching an offensive.

The White House statement appeared to hand over to Turkey responsibility for captured Islamic State fighters who are currently held in SDF facilities to the south of Turkey`s initially proposed safe zone.

"Turkey will now be responsible for all ISIS fighters in the area captured over the past two years," it said. The statement made pointed reference to Washington`s European allies, saying many captured IS fighters came from those countries, which had resisted U.S. calls to take them back.

"The United States will not hold them for what could be many years and great cost to the United States taxpayer," the White House said.
In the first Turkish comment following the statement, Erdogan`s spokesman Ibrahim Kalin said Turkey`s "safe zone" plan was within the framework of Syria`s territorial integrity.

"The safe zone has two aims: to secure our borders by clearing away terrorist elements and to achieve the return of refugees in a safe way," Kalin wrote on Twitter.

However the Kremlin, the strongest foreign ally of Syrian President Bashar al-Assad, said Syria`s territorial integrity had to be preserved and Moscow continued to seek the withdrawal of all foreign forces illegally present in Syria.

Turkey says it wants to settle up to 2 million Syrian refugees in the zone. It hosts 3.6 million Syrians sheltering from their country`s more than eight-year-old conflict.

After the statements, Turkey`s lira was trading weaker at 5.7150 against the U.S. dollar, compared with a close of 5.70 on Friday. The Turkish presidency said that during the call between Erdogan and Trump, Erdogan had expressed his frustration with the failure of U.S. military and security officials to implement the agreement between the two countries on a safe zone.

The NATO allies agreed in August to establish a zone in northeast Syria along the Turkish border. Turkey says the United States moved too slowly to set up the zone. It has repeatedly warned of starting an offensive on its own into northeast Syria.