US Senator McSally, an Air Force veteran, says she was raped by a superior officer

Sexual assault and harassment in the US military is largely under-reported and came under renewed scrutiny two years ago after a scandal involving Marines sharing nude photos of women online came to light. 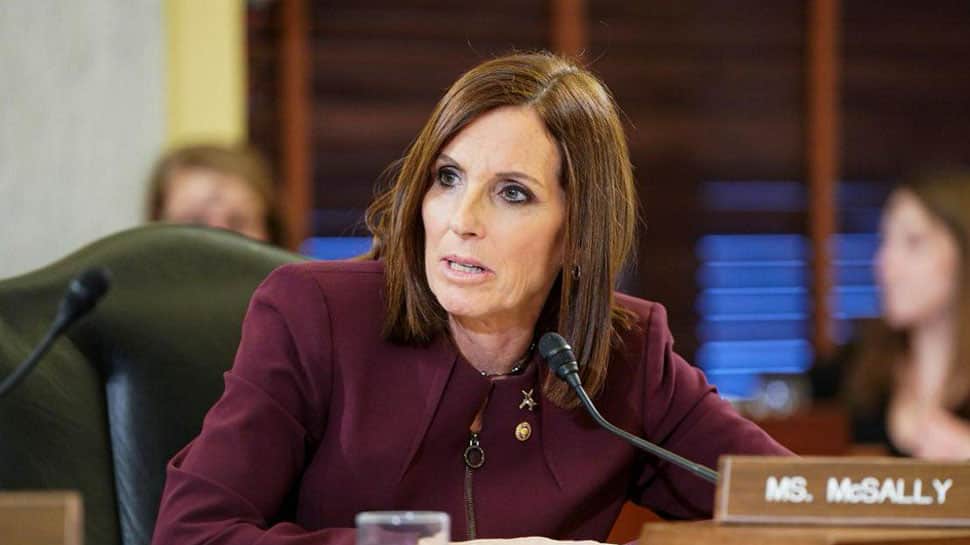 WASHINGTON: US Senator Martha McSally, the first female combat pilot in the US Air Force, said on Wednesday she had been raped by a superior officer but did not report it because she blamed herself and did not trust the system.

"The perpetrators abuse their position of power in profound ways, and in one case I was preyed upon and then raped by a superior officer," McSally, an Arizona Republican, said during a Senate hearing on sexual assault in the military.

"But unlike so many brave survivors, I didn`t report being sexually assaulted," she added. "Like so many women and men, I didn`t trust the system. I blamed myself. I was ashamed and confused. I thought I was strong but felt powerless."

McSally did not identify her attacker. Another member of the subcommittee, Democratic Senator Tammy Duckworth who is a retired Army lieutenant colonel and lost both legs in combat in the Iraq war, said the military "has utterly failed at handling sexual assault."

Sexual assault and harassment in the US military is largely under-reported and came under renewed scrutiny two years ago after a scandal involving Marines sharing nude photos of women online came to light.

In fiscal 2017, the most recent period for which statistics are available, the US Department of Defense received 6,769 reports of sexual assault involving service members as victims or subjects of criminal investigation. That represented a nearly 10 percent increase in reported cases from the previous year, according to a Pentagon report last year.

STAYED SILENT FOR MANY YEARS

McSally, speaking at the Senate Armed Services subcommittee hearing, said: "I stayed silent for many years, but later in my career as the military grappled with scandals and their wholly inadequate responses, I felt the need to let some people know: I too was a survivor.

"I was horrified at how my attempt to share generally my experiences were handled," she said, adding that she came close to leaving the Air Force after 18 years. "Like many victims, I felt the system was raping me all over again."

Air Force spokeswoman Captain Carrie Volpe said in a statement: "We are appalled and deeply sorry for what Senator McSally experienced and we stand behind her and all victims of sexual assault. We are steadfast in our commitment to eliminate this reprehensible behavior and breach of trust in our ranks."

In a separate incident, authorities in Georgia said on Wednesday they had arrested three members of the US Navy on charges of rape and aggravated sodomy.  The men were taken into custody following a report of a sexual assault on Sunday at a party in a private residence, the Richmond County Sheriff`s Office said in a statement.

McSally`s disclosure came less than two months after Senator Joni Ernst, an Army veteran, said publicly that she had been raped in college by someone she knew and that her ex-husband had physically abused her. An attorney for her former husband declined to comment at the time.

Ernst, a Republican, has in the past worked with Democratic Senator Kirsten Gillibrand to combat sexual assault in the military. McSally, 52, who served two terms in the US House of Representatives, was appointed in December by Arizona`s governor to take over the Senate seat once held by the late John McCain. A special election will be held in 2020 to fill the remaining two years of McCain`s six-year term.

In November`s congressional elections, McSally lost to Democrat Kyrsten Sinema in the contest for Arizona`s other US Senate seat, formerly held by Republican Jeff Flake.