The Air Force did not give the total number of F-22s deployed, the US media reported. 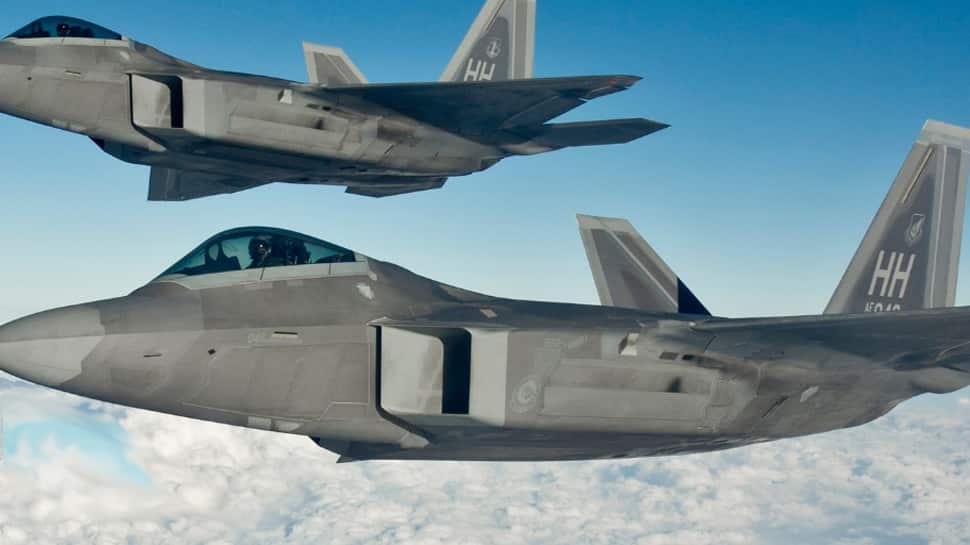 Washington: The US has deployed F-22 Raptor stealth fighter jets to Qatar for the first time as it beefs up its forces in the Middle East amid escalating tensions with Iran, officials said. The advanced fighters arrived at Al Udeid Air Base just outside the Qatari capital Doha on Thursday, according to a US Air Forces Central Command statement on Friday. It said that the fighter jets have been deployed "to defend American forces and interests". The Air Force did not give the total number of F-22s deployed, the US media reported.

The fighter jets are part of a previously announced deployment of new forces into the Middle East, aimed at bolstering the ability of the US to protect its forces throughout the region, especially in Iraq and Syria, where US troops operate in close proximity to Iranian-controlled militias, a defence official said on Friday. US officials have said since May that credible intelligence showed Iranian forces and proxies could be planning to attack Americans in the region.

Tensions between the US and Iran have been increasing since President Donald Trump unilaterally withdrew from a multi-party 2015 nuclear deal with Tehran and reimposed sanctions on the Islamic republic. Iran has threatened to abandon some of its commitments under the nuclear deal unless the remaining partners -- Britain, China, France, Germany and Russia -- help it circumvent US sanctions and especially sell its oil.

The standoff between Washington and Tehran escalated last week when an Iranian surface-to-air missile shot down a US drone over the Strait of Hormuz. Tehran said the drone was in its airspace, but Washington claims it was over international waters.

The US had also blamed Iran for attacks on oil tankers operating in the Gulf of Oman, but Tehran has denied any involvement. Since then, the arch-foes have been locked in a war of words, which escalated this week when Trump announced new sanctions against Iran`s supreme leader Ayatollah Ali Khamenei and Foreign Minister Mohammad Javad Zarif.

Trump had said last week that he was minutes away from ordering limited strikes on Iranian missile and radar locations but ultimately cancelled the retaliatory strikes after learning some 150 people would likely be killed. He also said that he was not considering any military action against Iran that would require "boots on the ground" and added that any conflict with Iran "wouldn`t last very long".

Iranian officials said on Friday that their nation would soon make a final determination about remaining in the nuclear deal, according to Tehran`s semi-official Mehr news agency.