US shutdown becomes longest on record

US President Donald Trump and Congress have been at loggerheads over his demand to include in the budget $5.7 billion funding for building a wall along the Mexico border. 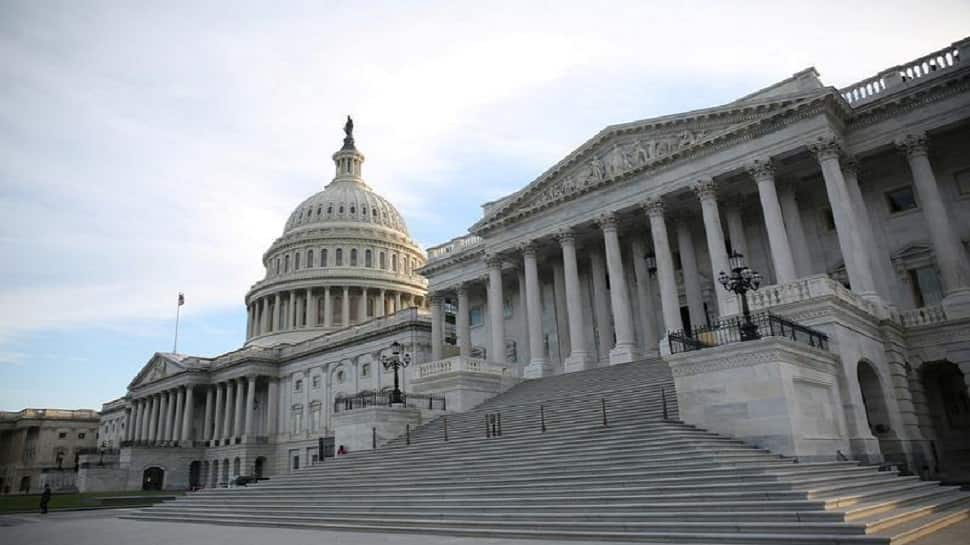 Washington: The partial shutdown of the US government has become the longest on record, overtaking the previous record of the 21-day impasse in 1995-96 under then President Bill Clinton.

With no end in sight to the political standoff, the current shutdown entered its 22nd day on Saturday and eclipsed the shutdown that stretched from December 16, 1995, to January 6, 1996, the US media reported.

US President Donald Trump and Congress have been at loggerheads over his demand to include in the budget $5.7 billion funding for building a wall along the Mexico border. Democratic leaders have rejected his call. About a quarter of the federal government was still out of operation till a spending plan was agreed upon, leaving 800,000 employees unpaid.

Trump vacillated on Friday over whether he would declare a national emergency to build the wall. With no clear path forward, the President earlier in the week had said he would do so and divert money from other departments to build the wall without congressional approval, according to Efe news.

But in his latest comments Trump said that "what we`re not looking to do right now" is a national emergency. "I`m not going to do it so fast". Meanwhile, hundreds of thousands of federal employees missed their first paychecks on Friday, raising the pressure on lawmakers and the White House to end the shutdown.

House Speaker Nancy Pelosi called the extended shutdown "totally unnecessary". With negotiations unsuccessful, staff at the White House Office of Management and Budget were laying the groundwork for the shutdown to continue through the end of February, according to White House officials who were briefed on the plans.

In one sign that lawmakers were feeling some pressure, the House on Friday passed a bill approving back pay for federal employees who missed their paychecks because of the shutdown.

The bill, which the Senate approved on Thursday, mandated that the roughly 420,000 essential employees working without pay and the 380,000 furloughed workers would be compensated as soon as the government reopens. Trump said he would sign the bill.

Democrats warned that if Trump declares a national emergency to build the wall, he could set a precedent that could backfire on Republicans under a future Democratic President. "They should be concerned that if he wants something passed, he or she is going to try to bypass the Congress by going this particular route," said Representative Henry Cuellar.

But some Republicans pushed Trump to declare an emergency, given the impasse with Democrats. "Mr President, declare a national emergency now," Senator Lindsey Graham said on Twitter. "Build a wall now."

Meanwhile, in the Senate, groups of Republicans continued to search for agreements they hoped would chart a path out of the impasse.

Senators Rob Portman and Jerry Moran introduced legislation that would establish a $25 billion trust fund for border security to pay for at least 700 miles of reinforced fencing, additional physical barriers and more technology.

The bill would also include protections for a group of undocumented immigrants brought illegally to the US at a young age by their parents.

Trump had ended an Obama-era programme, Deferred Action for Childhood Arrival (DACA), that shielded hundreds of thousands of the immigrants from deportation. But his action was rejected by an appeals court in November.

The issue is expected to be reviewed by the Supreme Court. The bill from Portman and Moran would allow the immigrants, known as Dreamers, to continue to renew their protected status every two years.