The man was critically injured but he was safely rescued by the Rangers. 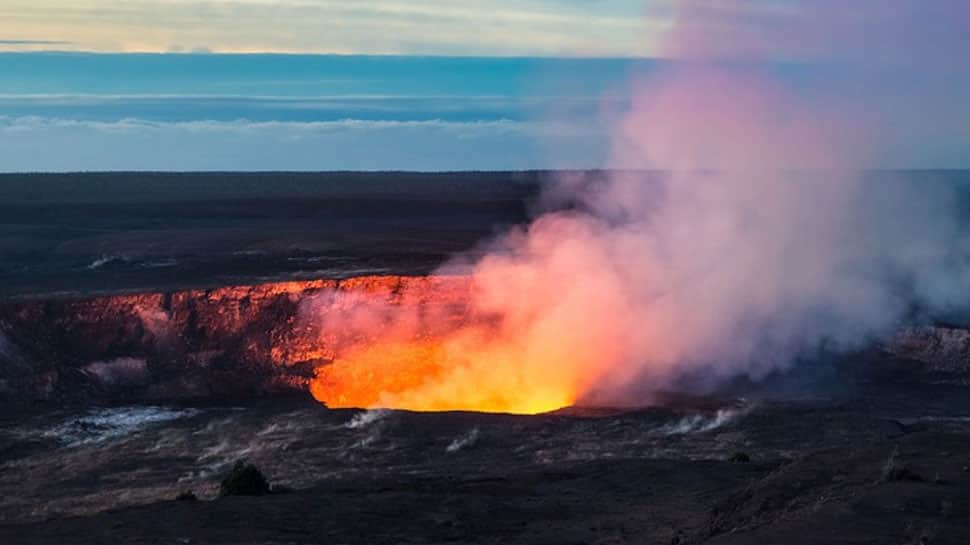 An undated picture of an active volcano in Hawaii
Share:
Written By:

NEW YORK: A 32-year-old United States soldier had a miraculous escape after he fell from a 300-foot cliff into an active volcano in Hawaii.

According to CBS news, the US soldier fell after he climbed over the permanent railing of an active volcano in Hawaii to get a closer look.

The man was critically injured. However, he was safely rescued by the Rangers.

Sharing details about the incident, the National Park Service issued a statement saying, ''The man, who is based at the Pohakuloa Training Area on the Big Island, was visiting the Hawaii Volcanoes, National Park on Wednesday when he fell from a 300-foot cliff at Kilauea caldera's edge after losing his footing.''

The American was later spotted to be hanging on a narrow ledge about 70 feet down from the cliff’s edge.

He was rescued safely by the Rangers through a “high angle extraction” using ropes.

The man was then airlifted to Hilo Medical Center in Hilo, Hawaii.

According to the US Geological Survey, Kilauea caldera is an active volcano that destroyed more than 700 homes on Hawaii’s Big Island in 2018.

The last fatality in the park was reported in October 2017.