The drills had previously only been suspended between 1992 and 1996, during the first negotiations between North Korea and US to dismantle the-then incipient nuclear programme. 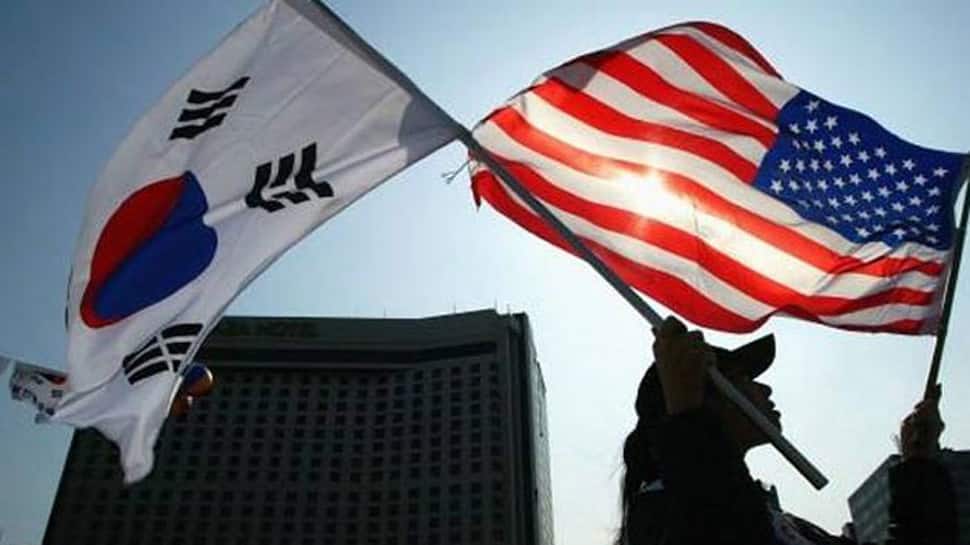 Seoul: South Korea and the US on Monday began a series of military exercises on a reduced scale in order to keep dialogue with North Korea open despite the poor results of the summit in Hanoi. The new exercises, called Dong Maeng ("Alliance"), are a modification of the annual Key Resolve drills, which have been cancelled, agencies reported.

Dong Maeng - a war game based on computer simulation - will last only one week until March 12, unlike the Key Resolve drills, which lasted about two weeks.

South Korea`s Minister of Defence Jeong Kyeong-doo and US Secretary of Defence Patrick Shanahan agreed by telephone on Sunday to cancel the Key Resolve and Foal Eagle (a combined field training exercise) drills and replace them with a new format to support diplomacy surrounding the denuclearization of the Korean Peninsula, Yonhap news agency reported.

The reduction in the scale of the Foal Eagle and Key Resolve drills is in line with last year when the US announced the postponement of the allied drills amid the rapprochement process between North and South Korea.

The spring and summer joint manoeuvres of the allies started in 1976 - the year in which two US officers died at the hands of North Korean soldiers, triggering tension on the peninsula on a scale unprecedented since the Korean War (1950-1953).

The drills had previously only been suspended between 1992 and 1996, during the first negotiations between North Korea and US to dismantle the-then incipient nuclear programme. The Foal Eagle exercises, which are composed of field manoeuvres and usually take place around April, have been reorganized into several series of low-profile training activities that will be carried out throughout the year.