On September 14, Trump said “I don’t think science knows” as he refused to believe the role of climate change in the spread of wildfires. 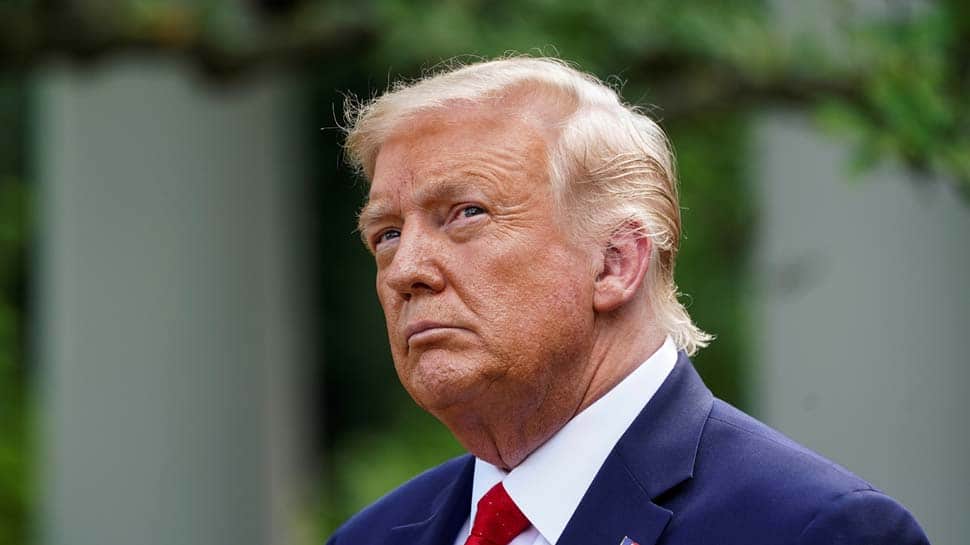 After deadly wildfires swept the western United States, President Donald Trump has blamed lax forestry and declared that "it'll start getting cooler, you just watch”. On September 14, Trump said “I don’t think science knows” as he refused to believe the role of climate change in the spread of wildfires.

US Presidential candidate Joe Biden has branded Trump a "climate arsonist" for refusing to acknowledge global warming`s role in the deadly. Biden said, "If we have four more years of Trump`s climate denial, how many suburbs will be burned by wildfires? How many suburban neighbourhoods will have been flooded out?"

California Governor Gavin Newsom acknowledged more needs to be done to better manage forests to reduce fire risks, while more than a century of aggressive fire suppression has allowed fuels to build up. But he countered that global warming was nevertheless a driving factor in newly extreme wildfire behaviour, and he reminded Trump that 57% of forest land in California is under federal ownership.

“We come from a perspective, humbly, where we submit the science is in and observed evidence is self-evident: that climate change is real, and that is exacerbating this,” the Democratic governor said during a meeting with the president. Trump, who has authorized federal disaster aid for both California and Oregon, questioned that science.

Dozens of conflagrations have raged with unprecedented scope across some 4.5 million acres (1.8 million hectares) in Oregon, California and Washington state since August, laying waste to several small towns, destroying thousands of homes and killing at least 36 people. The fires also have filled the region`s air with harmful levels of smoke and soot, bathing skies in eerie tones of orange and sepia while adding to a public health crisis already posed by the coronavirus pandemic.

Ten deaths have been confirmed during the past week in Oregon, the latest flashpoint in a larger summer outbreak of fires accompanied by catastrophic lightning storms, record-breaking heatwaves and bouts of extreme winds. Those incendiary conditions gave way over the weekend to cooler, moister weather and calmer winds, enabling weary firefighters to gain ground in efforts to outflank blazes that had burned largely unchecked last week.

Fire managers cautioned that the battle was hardly over. Thunderstorms forecast for later in the week could bring much-needed rain but also more lightning. Officials also braced for a rise in the death toll. As disaster teams scoured the ruins of dwellings engulfed by flames amid chaotic evacuations last week, Oregon`s emergency management authorities said they had yet to account for 22 people reported missing in the fires.

At least 25 people have perished in California wildfires since mid-August, and one fatality has been confirmed in Washington state. More than 6,200 homes and other structures have been lost, according to figures from all three states.

Biden, the Democratic presidential nominee slammed by Republicans for not visiting disaster areas, spoke from his home state of Delaware on the threat of increasingly frequent weather extremes that scientists have pointed to as evidence that climate change is supercharging the fires.

Trump, who trails Biden in national polls ahead of the Nov. 3 election, met with firefighters and officials in California after Democrats blasted the Republican president for remaining mostly silent on the wildfires. "I think this is more of a management situation," Trump answered when asked by a reporter if climate change was a factor behind the fires. Without mentioning large wildfires that have raged elsewhere around the world in recent years - from southern Europe to Australia and Siberia - Trump asserted that other countries "don`t have this problem."

"They have more explosive trees, meaning they catch fire much easier," he said. "But they don`t have problems like this." The president and his administration have long sought to pin the blame for large wildfires on state officials, saying fuel-choked forests and scrub need to be thinned, more firebreaks should be cut and flammable debris cleared from forest floors.

Tens of thousands of displaced residents across the Pacific Northwest continued to adjust to life as evacuees. Around the devastated southwestern Oregon towns of Phoenix and Talent, some people set up food stations in parking lots. Others defied evacuation orders to guard their own homes against looters.

Reinforcing local law enforcement resources strained by the disaster, Oregon is deploying as many as 1,000 National Guard troops to fire-stricken communities. Two men were arrested in Oregon, one on Friday and another on Monday, on arson charges stemming from a handful of relatively small fires. But police have cautioned against fake social media reports blaming wildfires on left-wing anti-fascists or right-wing Proud Boy activists.

Focus on saving lives as well as livelihoods: India lists out its COVID-19 strategy at UN