The soldier has claimed that weapons have gone missing, noting that it may be in preparation of an alleged uprising from within the Venezuelan army. 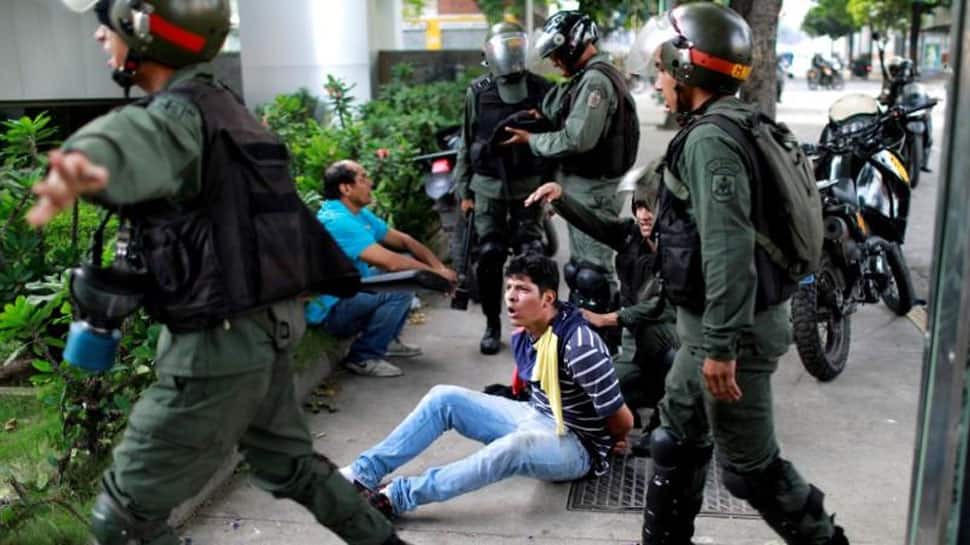 Furthermore, Martinez, along with another former soldier Josue Hidalgo Azuaje claim that they are in touch with scores of willing defectors from the military in Venezuela."We`re not saying that we need only US support, but also Brazil, Colombia, Peru, all brother countries, that are against this dictatorship," Hidalgo Azuaje said, referring to Venezuelan President Nicolas Maduro`s regime.

However, both the defectors fully rejected US military intervention in Venezuela, putting forth that efforts have to be led by Venezuelans."We do not want a foreign government (to) invade our country. If we need an incursion, it has to be by Venezuelan soldiers who really want to free Venezuela," Hidalgo Azuaje outlined.Top leaders in Venezuela, including Defence Minister Vladimir Padrino Lopez, have shown complete support for Maduro.

In fact, Padrino Lopez has gone as far as saying that Venezuelan soldiers are "ready to die" for their government and homeland. "There are soldiers in every unit that are willing to rise up in arms. They are preparing themselves and learning from past mistakes.

They are waiting for the right moment, so they can hit even harder that people feel it," a soldier from the Venezuelan army told CNN on conditions of anonymity. "Past operations have failed because the higher-ranking officers were against it.

They still control every area, and if an uprising happens, it`s swiftly neutralized," the unidentified soldier mentioned. The comment comes as an apparent reference to a unit rising up in Cotiza against Maduro on January 21, only to be promptly arrested.

The soldier has claimed that weapons have gone missing, noting that it may be in preparation of an alleged uprising from within the Venezuelan army. Speaking about the messages from military defectors who live outside the country, the soldier says, "Somehow they give us hope.

They are outside Venezuela but feed our soul. They inspire us and raise the military`s self-esteem."Pressure is mounting on the Maduro regime, with countries pushing for snap elections to be held in Venezuela. Furthermore, National Assembly President Juan Guaido, who proclaimed himself as the legitimate President of Venezuela on January 23, has called for more protests in the country on Wednesday and Sunday.

There is a rising sentiment against the Maduro regime in Venezuela due to hyperinflation and poor economic conditions, despite the country having one of the largest petroleum reserves in the world. This has accumulated in large-scale protests which have shaken up the South American country.