Thousands of Venezuelan opposition sympathizers protested on Saturday against recurring blackouts that crippled much of the country this month and have aggravated the OPEC nation`s economic and social crisis. 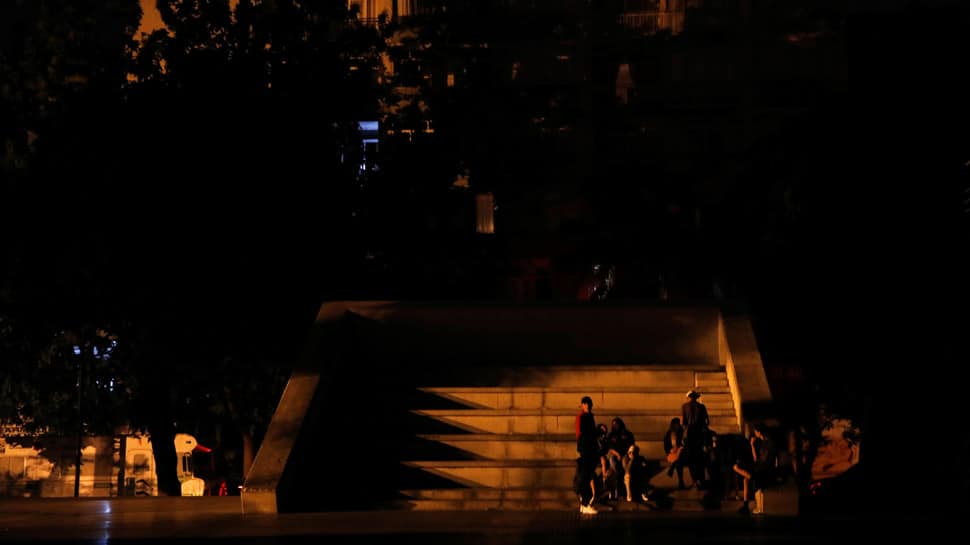 CARACAS: Thousands of Venezuelan opposition sympathizers protested on Saturday against recurring blackouts that crippled much of the country this month and have aggravated the OPEC nation`s economic and social crisis.

Electricity has slowly been restored following a blackout on Monday that left most of Venezuela`s 24 states without power. That followed a massive week-long national outage on March 7.

President Nicolas Maduro has said the situation was caused by "terrorist attacks" on the Guri hydroelectric dam that powers much of the country.

Critics including opposition leader Juan Guaido, who is recognized by most Western nations as Venezuela`s legitimate head of state, blame the electricity problems on corruption and mismanagement.

"We all know who is responsible for the blackout - Maduro," Guaido said at a rally in the Caracas suburb of Los Teques on Saturday. "We must accelerate the process to remove this corrupt and thieving regime."

Maduro has said Guaido is seeking to lead a coup against him, with the help of Washington.

The United States has levied crippling sanctions against Maduro`s government in efforts to push him from power, but he has hung on in large part thanks to continued loyalty by top military commanders.

He has also won diplomatic backing from Russia and China, which accuse Washington of meddling in the country`s affairs.

Government supporters also marched in Caracas on Saturday to protest against "imperialism" by the U.S. government, which Maduro accuses of causing the blackouts by attacking generation and transmission systems.

"It`s easy to see that (Guaido) doesn`t understand the country`s situation," said Antonio Ponce, 56, a bus driver. "He`s been put there by the ultra-right, he doesn`t even know what he`s asking for."

The outages have left hospitals without power, worsened the already precarious supply of drinking water and left many stores without functioning point-of-sale terminals - which are crucial in the hyperinflationary economy where cash is in short supply.

"Enough of all this humiliation, we do not deserve to live like this," complained Yuderkis Varela, 46, in the western city of San Cristobal near the border with Colombia. "We don`t have power, we don`t have water, we don`t have gas."

After Monday`s outage, the government shuttered businesses for three days and schools for four.