Vietnam was at war almost continuously for some 45 years, from the end of World War Two through to the early 1990s, battling France, the United States, China and Cambodia`s Khmer Rouge. 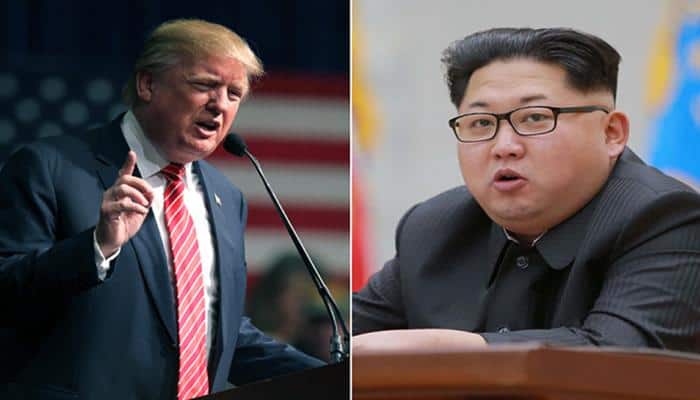 HANOI: While the leaders of North Korea and the United States debate banishing nuclear bombs from the Korean peninsula, the host of their summit this week, Vietnam, long almost synonymous with war, is relishing its role as a promoter of peace.

US President Donald Trump and North Korean leader Kim Jong Un will meet on Wednesday and Thursday in Hanoi, hoping to build on their historic summit in Singapore in June, the first between a sitting US president and a North Korean leader.

Vietnam`s hosting of the high-stakes talks marks its emergence as a trust-worthy, responsible member of the international community that has forged peace with old enemies, and can now help others to do so, Vietnamese officials say.

Since emerging from decades of diplomatic isolation in the early 1990s, Vietnam has been eager to improve ties with large powers and the region to help balance its historically thorny relations with giant neighbour, China, which confronts Vietnam over claims to the resource-rich South China Sea.

The boost to Vietnam`s international status that the summit should confer would support that strategy. Deputy Foreign Minister Le Hoai Trung said the United States and North Korea were both keen to hold their summit in Vietnam.

"It shows that Vietnam is a responsible and active member of the international community, wanting to contribute to the peace process and that Vietnam`s policy is to raise the level of multi-lateral foreign policy," Trung told reporters last week.

Vietnam was at war almost continuously for some 45 years, from the end of World War Two through to the early 1990s, battling France, the United States, China and Cambodia`s Khmer Rouge. Far off Geneva and Paris hosted negotiations to end those wars, but this time Hanoi is the "city for peace", Trung said.

"Vietnam is a nation that is really fond of peace but also had to suffer wars, and usually the wars ended with peace negotiations," he said.

Vietnam seems to be taking to its role of mediator with gusto. The government has pushed the US and North Korean security services to work closely to prepare for the summit, a senior Vietnamese security official told Reuters.

Vietnam would also be keen to host a third meeting between the leaders, the official said. A successful summit would enhance Vietnam`s standing, said Nguyen Quy Binh, a former ambassador and permanent representative of Vietnam to the United Nations in Geneva.

"Vietnam`s voice will have more weight. A country that acts responsibly and reputably, a country that is trust-worthy, will have a different voice," Binh told Reuters. Binh mentioned the South China Sea dispute as a flashpoint and said the United States could help to balance regional powers and ensure stability.

"If Vietnam can do this well, its voice and reputation in its relations with other countries will benefit." Western and Asian diplomats said they expected Vietnam to try to support any reforms in North Korea that the summit bring.

Those effort would be enhanced by Vietnam`s turn as chair of Southeast Asia`s ASEAN grouping next year, and a possible spell as a non-permanent member of the U.N. Secretary Council in 2021. "Hosting such an sensitive event is a step up for Hanoi. In private, Vietnamese officials are pretty happy with the way things are going ... it`s a sweet spot for them," said a senior Western diplomat.