Three village officials were killed overnight near the town of Maungdaw, according to the office of State Counsellor Aung San Suu Kyi — Myanmar`s de facto leader. 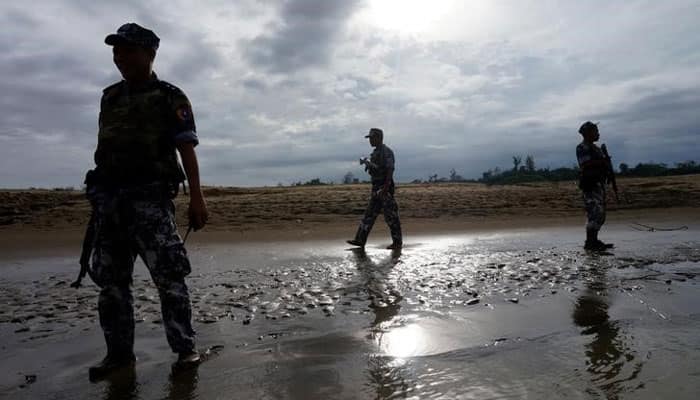 The state has become a crucible of religious hatred focused on the stateless Rohingya Muslim minority, who are reviled and perceived as illegal immigrants in Buddhist-majority Myanmar.

Hundreds of men from the persecuted Muslim group appear to have organised under the banner of the Arakan Rohingya Salvation Army (ARSA), which claims to be leading the insurgency that has scorched the area since October last year.

Three village officials were killed overnight near the town of Maungdaw, according to the office of State Counsellor Aung San Suu Kyi — Myanmar`s de facto leader.

Hours later residents in Maungdaw, which is close to the Bangladesh border, ran for safety as a local administration office came under attack by militants.

"Our situation is urgent," Myint Kyaing, a Maungdaw administrative officer told AFP on Saturday afternoon before hanging up the phone.

Ethnic Rakhine Buddhists armed themselves with knives and sticks as tension soared in a town that has repeatedly been the epicentre of religious violence since 2012.

As panic spread, scores of Hindu villagers fled from surrounding villages to Maungdaw after rumours they were also a target for the militants.

"There is no security in the villages," Buthon, a Hindu man in Maungdaw told AFP.

Other villagers sought shelter in monasteries.

The focal point of Friday`s unrest was Rathedaung township.

The area has seen a heavy build-up of Myanmar troops in recent weeks, with reports filtering out of killings by shadowy groups, army-blockaded villages and abuses.

The government has declared the Arakan Rohingya Salvation Army (ARSA) a terrorist organisation.

Myanmar says the group is headed by Rohingya jihadists who were trained abroad but it is unclear how large the network is.

Deadly attacks in October 2016 by the militants sparked a military response that left scores dead and forced some 87,000 people to flee to Bangladesh.

The UN believes the military crackdown may have amounted to ethnic cleansing of the Rohingya.

The army denies the allegations which included killings of civilians and mass rape.