Voting in Thailand underway in first election since 2014 coup

Turnout was expected to be high among the 51.4 million Thais eligible to vote for the 500-seat House of Representatives, which will choose the next government along with a Senate that is appointed entirely by the ruling junta. 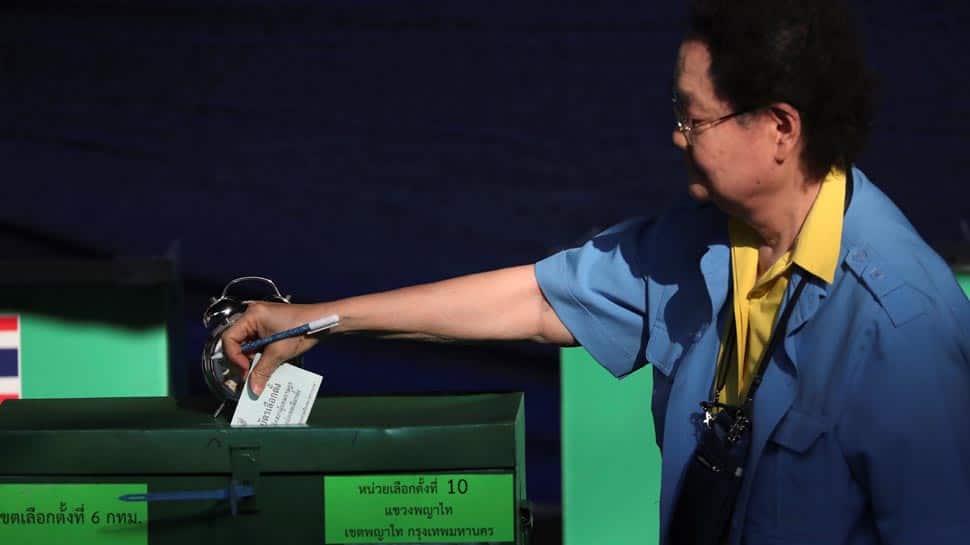 BANGKOK: Thailand voters went to the polls on Sunday in a long-delayed election following a 2014 coup, in a race that pits a military junta chief seeking to retain power against a "democratic front" led by the populist party he ousted.

Turnout was expected to be high among the 51.4 million Thais eligible to vote for the 500-seat House of Representatives, which will choose the next government along with a Senate that is appointed entirely by the ruling junta.

Thailand has been under direct military rule since then-army chief Prayuth Chan-ocha overthrew an elected government linked to exiled former Prime Minister Thaksin Shinawatra, who himself was thrown out by the army in 2006.

Critics have said a new, junta-written electoral system gives a built-in advantage to pro-military parties and appears designed to prevent the main Thaksin-linked Pheu Thai party from returning to power.

Pro-Thaksin parties have won every election since 2001, but the past 15 years have seen crippling street protests that destabilised the government and hamstrung business.

Junta chief Prayuth, whose party has campaigned on maintaining order and upholding traditional Thai values of loyalty and devotion to the country`s monarch, appealed on his ability to keep the peace as he made his final campaign appeal. "Before, we always had crises. We must not let those crises happen again - understand?" he told a closing campaign rally.

The anti-Thaksin Yellow Shirts, mostly middle class and urban royalists who accuse his parties of corruption, have repeatedly taken to the streets, prompting the military to launch two coups in a decade.

Supporters of Thaksin, known as the Red Shirts, also occupied much of Bangkok`s main business and shopping districts for months in 2010 after a court dissolved a pro-Thaksin government, again paralysing commerce until a crackdown that left at least 90 people dead and saw landmark buildings burned.

While the election results are due to be announced within a few hours of polls closing at 5 p.m. (1000 GMT), the make-up of the next government may not be clear for weeks afterwards, since no one party is likely to have enough seats for an outright win. "I think it`s going to take a long time," said Paul Chambers, lecturer in political science at Naresuan University in northern Thailand.