Posters calling out Pakistani atrocities against Balochistan is once again likely to leave Islamabad red in the face, especially because of their strategic placement close to cricket grounds. 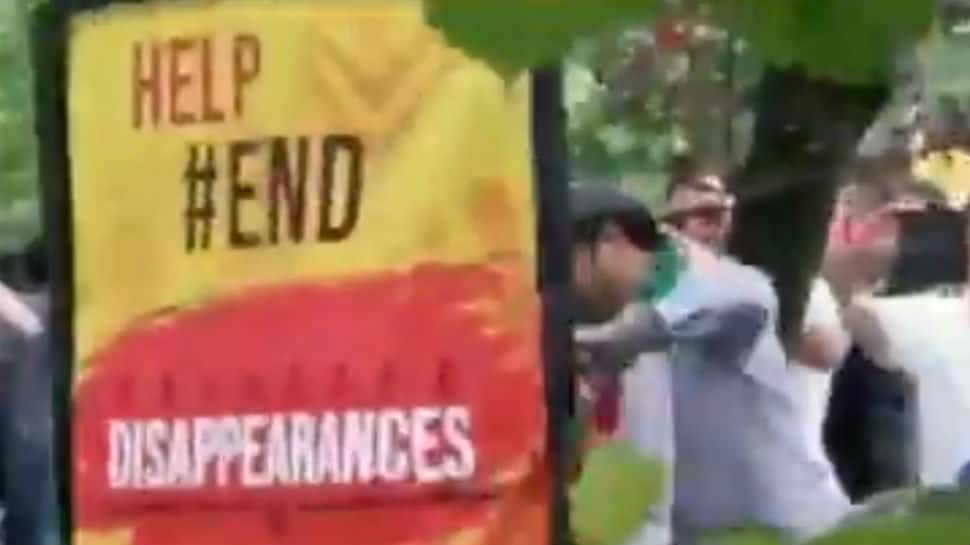 Baloch activists have been working overtime to expose Pakistan's atrocities in the Balochistan region of the country and have once again put up a number of posters in London. At a time when England is hosting the ICC Cricket World Cup, some of the posters were also seen just outside the Lord's Cricket Ground which forced Pakistani fans to tear them apart after their team's match against South Africa on Sunday.

Pakistan has repeatedly seen red each time Baloch activists have upped their attempts at highlighting Islamabad's atrocities. Public advertisement spaces have been rented in London and other parts of England even in the past to put up these posters which decry the situation in Balochistan. With fans thronging England for the marquee cricket tournament, the Baloch activists may now have specifically targeted advertisement spots close to cricket stadiums. Pakistani cricket fans though are not too pleased and many of them were seen tearing these posters after their team's crucial match against the Proteas.

In the past, Islamabad has strongly objected to the campaigning blitzkrieg of Baloch activists in England and other parts of Europe but their complaints have largely been ignored. In 2017, Pakistan registered a strong objection to 'Free Balochistan' posters on public buses and taxis in London. This was shot down by the United Kingdom's Advertising Standards Authority (ASA).  "I have informed the complainant that we will not pursue the matter because, based on the facts available to us, there doesn't seem to be a breach of the UK Code of Non-Broadcasting Advertising (CAP Code)," read a letter from ASA's Complaint Executive. (Read full report here)

Since, Baloch activists - who claim that Pakistan government is guilty of ignoring the needs and aspirations of locals in Balochistan - have taken their campaign elsewhere with banners and posters seen in public spaces in Geneva as well.