We are being misquoted, says Sri Lanka on Pakistan's statement on Article 370

The Pakistani High Commissioner to Sri Lanka Shahzad Chaudhary on Tuesday met President at the request of the former to brief him of India's internal decision of August 5 to remove the special status for the erstwhile state of Jammu and Kashmir. 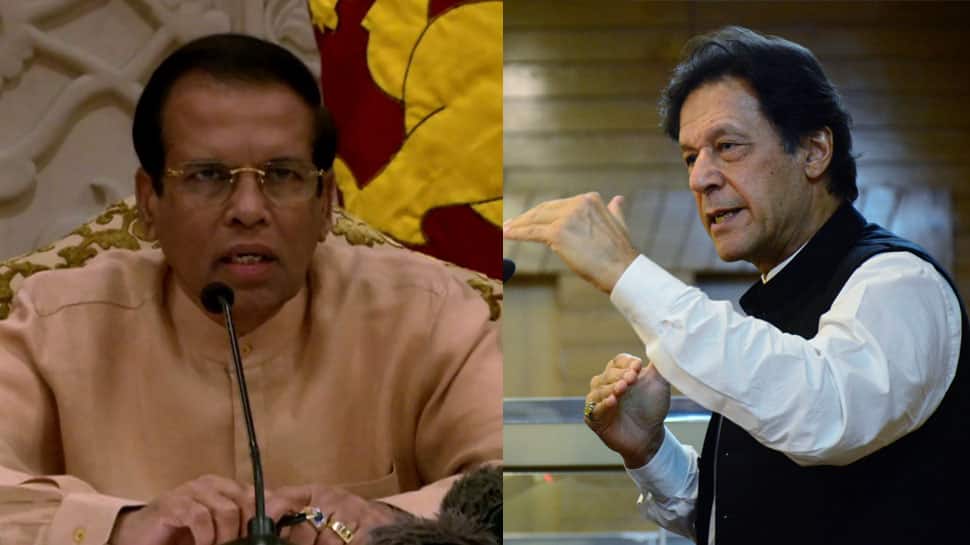 New Delhi: The Sri Lankan President's office has contradicted the statement attributed to President Maithripala Sirisena by Pakistan and issued a statement on being misquoted. The Pakistani High Commissioner to Sri Lanka Shahzad Chaudhary on Tuesday met President at the request of the former to brief him of India's internal decision of August 5 to remove the special status for the erstwhile state of Jammu and Kashmir.

A statement issued by Pakistan High Commission in Colombo said, "President acknowledged that Jammu and Kashmir is a disputed territory and expressed his desire that this dispute should be resolved according to wishes of Kashmiris under UNSC resolution. He also offered Sri Lanka's mediation and facilitation of dialogue between Pakistan and India to  reactive the SAARC forum"

This has been contradicted by Sri Lankan President's office, saying, "President stated that both India and Pakistan have excellent friendly relations with Sri Lanka and Sri Lanka's interest is to see the growth of regional cooperation and friendship. The president did not make any other comment on the issues pertaining to India and Pakistan."

Sri Lanka was one of the first countries in the region to call New Delhi's decision as an internal one. Sri Lankan Prime Minister Ranil Wickramasinghe in a tweet welcomed the creation of "Ladakh".

In a tweet, he said, "Ladakh will become an Indian State. With 70% of Ladakh’s population being Buddhist it will be the first Indian state with a Buddhist majority. Creation of Ladakh and consequential restructuring is India’s internal matter, it is a beautiful region well worth a visit."

Sri Lanka, along with Bangladesh, Maldives and Bhutan have backed India on abrogation of Article 370 calling it an internal decision while Nepal and Afghanistan called Kashmir an India-Pakistan bilateral issue.