West Virginia teachers to return to work after two-day strike

West Virginia is one of only six US states that does not allow for charter schools, according to non-profit research group the Education Commission of the States. 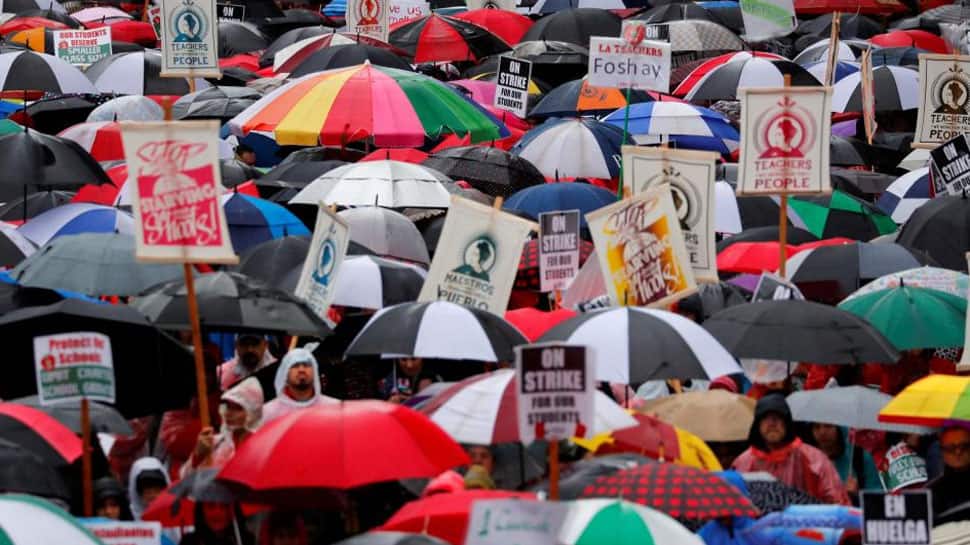 United States: Union leaders for West Virginia teachers ended a two-day strike on Wednesday that they had called to oppose charter schools, clearing the way for classes to resume for about 270,000 students.

The state`s educators, among the lowest-paid in the nation, sparked a wave of US teachers strikes last year when they walked off the job to demand higher pay. That nine-day strike ended after West Virginia agreed to a 5 percent raise.

In their latest job action, teachers went on strike on Tuesday to protest a bill in the West Virginia legislature that would have allowed the state`s first seven charter schools to open. Although the bill was defeated on Tuesday in the House of Delegates, the strike continued on Wednesday, keeping most of the state`s 700 schools closed as teachers rallied to stop lawmakers from reviving the bill.

"Our voices were heard," Fred Albert, president of the West Virginia chapter of the American Federation of Teachers, said at a news conference on Wednesday. Teachers will return to work on Thursday, Albert said, but union leaders would monitor deliberations in the state legislature this year to oppose the charter school proposal.

Charter schools are publicly funded but run by private groups. Advocates say the schools offer parents a wider array of educational opportunities for their children. Critics say they benefit profit-driven private organizations and that some of them oppose organized labor.

While the strike in West Virginia wound down, another one is looming in Oakland, California. Teachers there are expected to strike on Thursday over charter school accountability. The teachers are also seeking raises and more nurses and guidance counselors.

Union officials have complained that wealthy organizations from outside West Virginia are pushing for charter schools. Governor Jim Justice, a Republican, had vowed to veto the charter schools legislation, which had passed the state Senate but was defeated in the House of Delegates.

A separate bill, backed by the governor, which authorizes the promised pay raise for teachers and does not address charter schools, was advancing in the legislature, the West Virginia Democratic Party said on Twitter on Wednesday.

West Virginia is one of only six US states that does not allow for charter schools, according to non-profit research group the Education Commission of the States.

The American Federation of Teachers called the charter schools bill an act of retaliation for the strike last March that secured higher pay for teachers. That strike was followed by similar actions in Oklahoma, Kentucky, Arizona, Chicago and Los Angeles.