Who is Nadav Lapid, Israeli director that called The Kashmir Files 'vulgar' at IFFI? Details HERE

NEW DELHI: 'The Kashmir Files', directed by Vivek Agnihotri, is once again in the eye of the storm after International Film Festival of India (IFFI) jury head and Israeli filmmaker Nadav Lapid criticised the film in his concluding speech. He lambasted the film which is based on the Kashmiri Pandit exodus in the 1990s and described the film as ‘vulgar’ and ‘inappropriate’ during the concluding ceremony of the festival. He also mentioned that he was 'shocked' at how such a film was able to enter the competition for this film festival.

His speech went viral on social media and received flak from several prominent figures including actor Anupam Kher. Israeli envoy to India Naor Gilon on Tuesday slammed the IFFI Jury Head and apologized for the conduct of his countryman at the 2022 International Film Festival of India in Goa.

What did he say in his speech against 'The Kashmir Files'?

In his speech, he said, "We were, all of us, disturbed and shocked by the 15th film: The Kashmir Files. That felt to us like propaganda, vulgar movie, inappropriate for an artistic competitive section of such a prestigious film festival. I feel totally comfortable to share openly these feelings here with you on stage. Since the spirit of having a festival is to accept also a critical discussion which is essential for art and for life."

#Breaking: #IFFI Jury says they were “disturbed and shocked” to see #NationalFilmAward winning #KashmirFiles, “a propoganda, vulgar movie” in the competition section of a prestigious festival— organised by the Govt of India.
Over to @vivekagnihotri sir…
@nadavlapi pic.twitter.com/ove4xO8Ftr — Navdeep Yadav (@navdeepyadav321) November 28, 2022

Who is Israeli filmmaker, Nadav Lapid?

Nadav Lapid, 47 years old, is an Israeli filmmaker and was the head of the IFFI jury this year. He was born in Tel Aviv in Israel and his family is of Jewish descent. He studied philosophy at Tel Aviv University and then served in the Israel Defense Forces before moving to Paris. Later, he studied at the Sam Spiegel Film and Television School in Jerusalem. 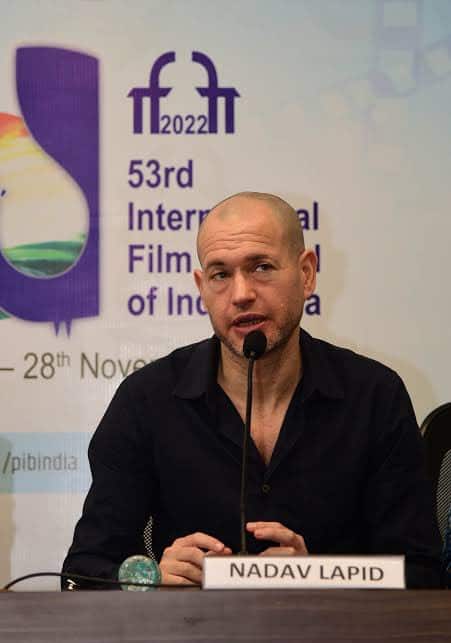 He is known for his films such as Policeman, The Kindergarten Teacher, and Synonyms among others. The film Synonyms had the prestigious Golden Bear award at the 69th Berlin International Film Festival in 2019.