The outbreak has killed 584 people in a region beset by violence and poverty, but a rapid international response has so far stopped the disease spreading into neighbouring countries. 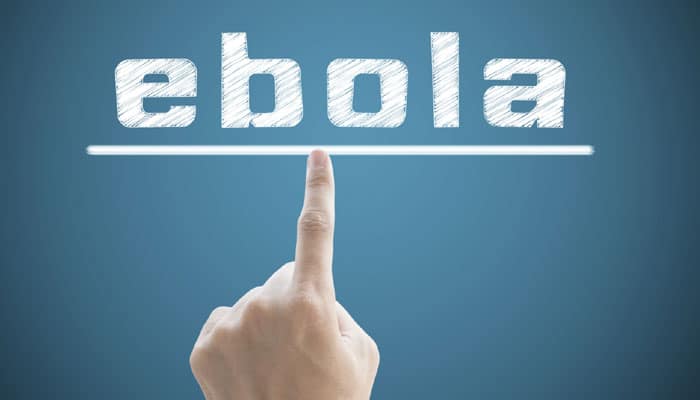 GENEVA: The Ebola outbreak in Democratic Republic of Congo is now concentrated in two areas and could be stopped by September, but the world must tackle Congo`s broader crisis to make it count, the head of the World Health Organization said on Thursday.

The outbreak, the second worst in history, has killed 584 people in a region beset by violence and poverty, but a rapid international response has so far stopped the disease spreading into neighbouring countries.

"We have averted a much larger outbreak," WHO chief Tedros Ghebreyesus Adhanom told a news conference, adding that the affected area was contained and shrinking within a certain geographic area. "Our target now is to finish it within the next six months."

The number of new cases has halved to 25 per week since January, and the virus was now concentrated in Butembo and Katwa, although community distrust and attacks by armed groups were hampering the response.

On Thursday, a group of young men attacked an Ebola centre for the fifth time since last month, said Richard Nyembo Wa Nyembo, the administrator of Lubero territory, after health workers attempted to collect samples from the body of a man who had died of the virus.

Nyembo told Reuters the assailants torched the facility and some vehicles in Lubero`s Biena health zone, which is west of Butembo, and that one person was injured when police opened fire.

Last week the head of medical charity MSF, which had two facilities attacked, said the battle against Ebola was being lost because ordinary people did not trust health workers and the response was overly militarised.

Tedros, who had just returned from the outbreak zone, said local people were despairing, and rightly wondered why the world was so exercised by Ebola and cared so little about other problems, including cholera and malaria.

"I’d actually like to call upon the international community to link the outbreak control now with developing the health system," he said.

"That`s a big challenge. Otherwise we will appear as if we are preventing Ebola getting into other countries and we don’t care about the demands of the community."

He said the WHO would not leave when the outbreak ended, but would help the government to build stronger health services.  "The vulnerability comes from weakened systems, and what the people are asking for is correct," he said.

He called on the international community to fund the $148 million plan to tackle Ebola in the next six months, a tiny spend compared to the potential cost. The worst outbreak, which killed 11,300 people in West Africa in 2013-2016, cost an estimated $53 billion, according to one study.