In his televised address to the nation, he said that his government will not move backwards in attending to people needs--hunger and disease redressal, adding that the entire focus will be attending to COVID-19 crisis and the prevailing flood situation. 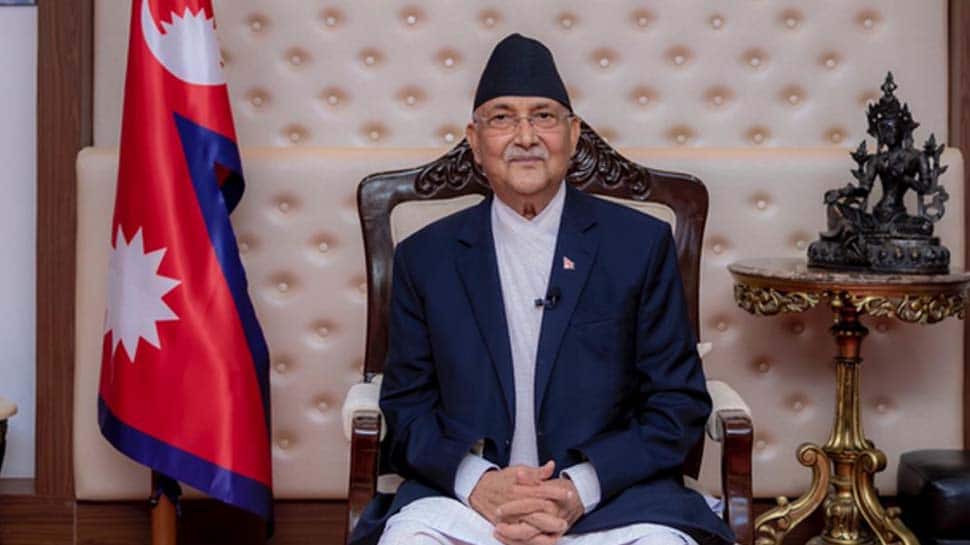 Amid the ongoing political crisis in Nepal, embattled Prime Minister KP Sharma Oli on Friday assured the people of the country that "he will strive for nation's unity, democracy, national pride, and territorial integrity".

In his televised address to the nation, he said that his government will not move backwards in attending to the needs of the people--hunger and disease redressal, adding that the entire focus will be attending to COVID-19 crisis and the prevailing flood situation.

Nepal's ruling communist party appeared to be heading for a split as PM Oli and party executive chairman Pushpa Kamal Dahal 'Prachanda' failed to iron out their differences despite holding over half-a-dozen meetings in a week. Speaking on this, he said that it is the duty of the ruling communist party and its leaders to resolve the internal matters and disputes.

"It is quite natural for people to get drawn to the political situation and the interest and curiosity is natural. There is a mechanism to resolve internal issues. Discussions, consultations and dissent in a political party are an entirely internal and sometimes regular phenomenon. These issues will be solved by the party and concerned leaders through dialogue. Patience and restraint are required for it," he said.

A crucial meeting of the ruling communist party to decide the political future of PM Oli was postponed for the fourth time on Friday, citing floods in the country, amidst calls for his resignation over his style of functioning. The meeting of the Nepal Communist Party's 45-member powerful Standing Committee was scheduled to be held on Friday. But it was postponed for a week at the last moment.

Top NCP leaders, including former prime minister Pushpa Kamal Dahal 'Prachanda', have demanded Prime Minister Oli's resignation, saying his recent anti-India remarks were "neither politically correct nor diplomatically appropriate." The differences between the two factions of the NCP, one led by Oli and the other led by party's executive chairman 'Prachanda' on the issue of power-sharing, has recently intensified after the prime minister unilaterally decided to prorogue the budget session of Parliament.

The political future of 68-year-old Oli is now expected to be decided on July 17 during the Standing Committee meeting, amidst the growing involvement of Hou Yanqui, the Chinese ambassador to Nepal, to save his chair. The Prachanda faction, backed by senior leaders and former prime ministers Madhav Kumar Nepal and Jhalanath Khanal, has been demanding Oli's resignation, saying his recent anti-India remarks were "neither politically correct nor diplomatically appropriate."

The India-Nepal bilateral ties came under strain after Defence Minister Rajnath Singh inaugurated an 80-km-long strategically crucial road connecting the Lipulekh pass with Dharchula in Uttarakhand on May 8, according to news agency PTI. Nepal reacted sharply to the inauguration of the road claiming that it passed through Nepalese territory. India rejected the claim asserting that the road lies completely within its territory, PTI reported.

Later, Nepal updated the country's political map through a Constitutional amendment, incorporating three strategically important Indian areas. India termed as "untenable" the "artificial enlargement" of the territorial claims by Nepal, according to PTI.