On January 12, Mnangagwa announced an increase in petrol prices from $1.34 to $3.31 per litre and diesel prices to $3.11 per litre, which ignited the anti-fuel price hike demonstrations across the country. 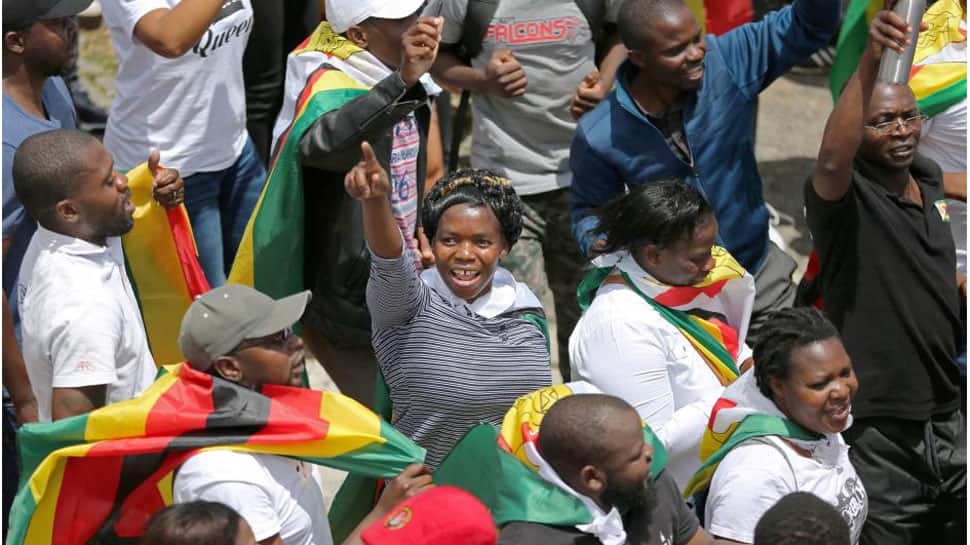 Bulawayo: Hundreds of people on Monday took to the streets here to protest against Zimbabwe President Emmerson Mnangagwa`s decision of announcing a 150 per cent hike in fuel prices, triggering anger and discontent among the masses.

Agitators, including bus drivers and activists, barricaded main roads with burning tyres, stone blocks and tree branches, as the police had a tough time in quelling the protests in western suburbs of Emakhandeni and Luveve of Bulawayo and fired warning shots and tear gas on the defiant demonstrators, Al Jazeera reported.Slamming Mnangagwa`s decision to hike fuel prices, a protestor named Glen Ncube said, "What kind of a man does this? Can Mnangagwa even be called a president? He`s making life hard for us and the police are trying to stop us as if they don`t know our pain."

On January 12, Mnangagwa announced an increase in petrol prices from $1.34 to $3.31 per litre and diesel prices to $3.11 per litre, which ignited the anti-fuel price hike demonstrations across the country.

Several workers` trade unions have called for a three-day nationwide shutdown in protest against the decision.In the heart of Bulawayo, protestors marched to a court and disrupted the proceedings there. Owing to the unrest, commuter fares doubled due to the fuel price hike, while businesses were shut down due to safety concerns.

Four people were reportedly shot by security personnel while eight others were arrested in connection to the protest at Epworth, a low-income area located outside the capital Harare.The Zimbabwean government said that it "will not hesitate to take action" against the agitators who attempted to destabilise the country.

Security has been heightened across the country with military forces being deployed to assist the police.Zimbabwe is already reeling under a major economic crisis in a decade. Since the crash of the hyperinflated Zimbabwe dollar in 2008, the African nation uses several currencies including Indian Rupee and US Dollar and an unpopular local surrogate called the "bond note" for making daily transactions, as per the report.

After Robert Mugabe stepped down as the country`s president in November last year, Mnangagwa took over, promising an economic turnaround for the destitute African nation.

Coming to Canada 'worth the risk', says Saudi teen refugee

PM Modi : We owe this freedom to those who fought for Independence