‘Zombie fires’ spread across Siberia due to unusual rise in temperature

Siberia is reeling under a heat wave with temperatures hovering around 40 degrees at several parts of the region. On Friday, Siberia's Khatanga, located well north of the Arctic Circle, recorded a temperature of 78 degrees, some 46 degrees above normal. The typical maximum temperature for the day at Khatanaga is 32 degrees. 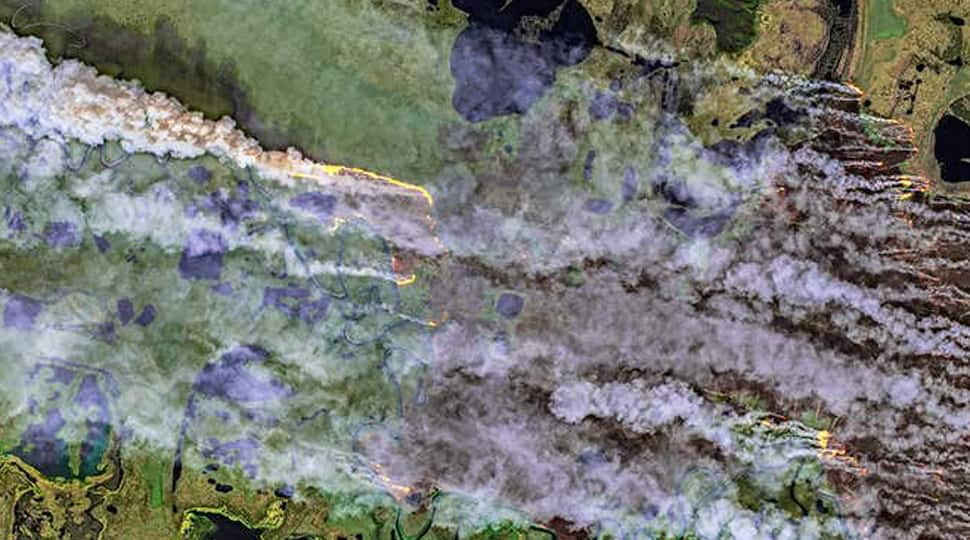 Siberia is reeling under a heat wave with temperatures hovering around 40 degrees at several parts of the region. On Friday, Siberia's Khatanga, located well north of the Arctic Circle, recorded a temperature of 78 degrees, some 46 degrees above normal. The typical maximum temperature for the day at Khatanaga is 32 degrees.

The warm weather in Siberia in May is not a fluke event as it has now become a consistent feature since the winter. The change in average temperature in Europe and Asia has played an important role in pushing global average surface temperatures to record highs in 2020.

The increase in temperature in Siberia has already started showing repercussions on Arctic ecosystems, with large Siberian wildfires already burning this year and snow cover melting quickly than expected. In recent years, scientists have expressed serious concerns over the stability of Arctic permafrost.

In 2019, the forest fire activity in summer in north of the Arctic Circle in Siberia burnt down around three million hectares and the scientists are now finding it tough to understand the unusual fire behaviour in parts of the region.

Zack Labe, a graduate student at the University of California at Irvine who researches Arctic climate change, told Washington Post that the developments in Siberia has been extraordinary.

“Although Siberia is known for wild temperature swings, the persistence and magnitude of warmth over the region so far this year has been astonishing. This week is an example of an extreme event, with summer-like temperatures over parts of Western Siberia thanks to a strong upper level ridge. We can already see this reflected in snow cover data, as there are large negative departures of snow extent stretching across the entire Siberian coast of the Arctic,” he said.

According to Labe, the ice in the Kara Sea has touched a record low for the date and ice cover is thinner than average along northern Siberia's coastline. He added that the rise in temperature may be responsible for conditioning the ice to melt further by melting snow cover lying on top of the sea ice.

“This may make the sea ice more vulnerable to melting later in the summer, if weather conditions permit,” Labe said. “Overall, the weather patterns in June through August will dictate the extent of melting closer to the September minimum.”