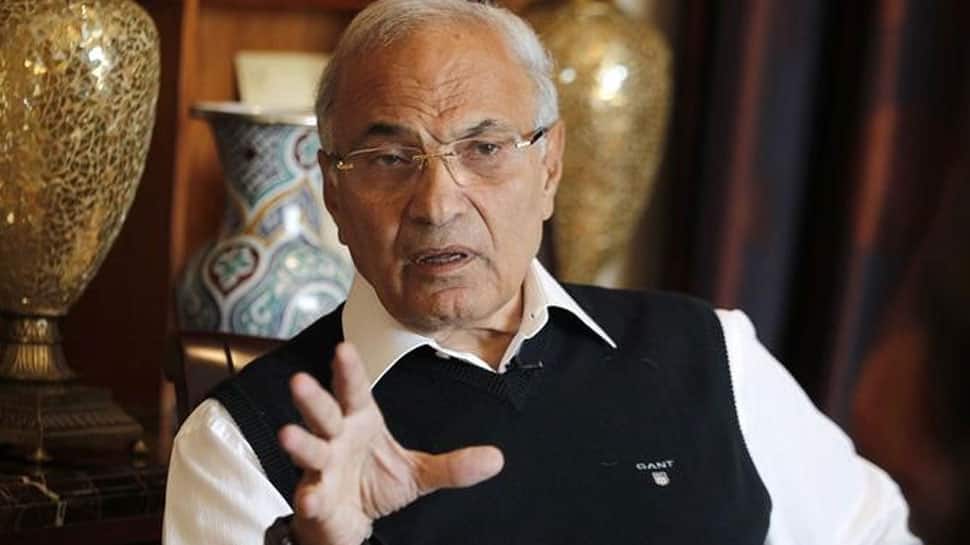 CAIRO: Former Egyptian prime minister Ahmed Shafik, who last week announced his intention of running for the presidency in 2018, has been taken from his home in the United Arab Emirates and is being deported to Egypt, his family told Reuters on Saturday.

Shafik, a former air force commander and government minister, is seen as the strongest potential opponent of President Abdel Fattah al-Sisi should the latter, as expected, decide to run for a second term in an election set for around April 2018.

Officials in the UAE, an ally of Sisi`s government, had no immediate comment. But a Gulf source familiar with the matter said: "Shafik has publicly asked to go to Egypt and his wish will be met."

Shafik`s daughter May Shafik, told Reuters that authorities had come for him at his home on Saturday and sent him to Cairo.

"We were about to leave to travel to France. They came and took him. They deported him in a private plane. They said they will deport him to Egypt," May said.

"Just because he announced he will run for president they deported him to Egypt," she said.

Shafik`s lawyer on her Facebook page also said he had been taken from the family home.

A spokesman for Egypt`s foreign ministry did not immediately answer a call seeking details. But an Egyptian judicial source said Shafik was not wanted in any criminal cases at the moment, but he had several cases, including for corruption, against him in the past that either ended in aquittal or were dropped.

"We have no information about a deportation order," the judicial source said.

Shafik said on Wednesday he would run for president in a surprise announcement from the UAE, where he has been based.

Sisi has not yet announced a bid for a second term, but is widely expected to run again.

Apart from Shafik, several other low-profile candidates have said they will run.

Shafik narrowly lost to Mohamed Mursi of the Muslim Brotherhood in Egypt`s 2012 election before fleeing overseas.

May Shafik said on Friday he was preparing to depart, first for Europe and the United States before returning to Egypt to start his campaign.

She said Shafik had been prevented from leaving the UAE in previous days but had then received assurances that he could travel freely. She did not specify who gave the assurances. The UAE denied placing movement restrictions on Shafik.

The UAE, an ally of Sisi, has been officially silent on Shafik`s candidacy announcement.

Sisi as a military commander led the ousting of former president Mursi in 2013, before his own landslide election a year later. Sisi`s supporters see him as key to stability following the upheaval that followed the 2011 Egyptian revolt that toppled president Hosni Mubarak.

But his government is fighting a stubborn Islamist militant insurgency in the Sinai region and has also enacted painful austerity reforms over the last year to revive the economy but that critics say have dented his popularity.