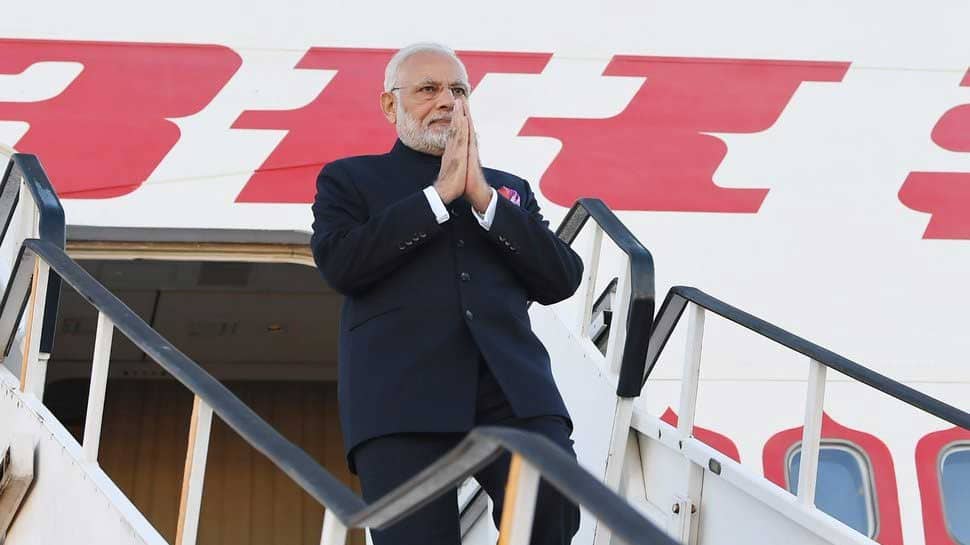 Johannesburg: Prime Minister Narendra Modi, who is on a five-day tour of East Africa, will on Thursday address the 10th BRICS Summit in South Africa's Johannesburg around 11:00 to 12:00 local time.

The theme of this year's summit is, 'BRICS in Africa - collaboration for inclusive growth and shared prosperity in the 4th industrial revolution'.

According to sources, PM Modi's speech is likely to focus on Triple "T (Trade, Talks and Terrorism)

Besides Prime Minister Modi, heads of the four other BRICS member states - Brazil, Russia, China and South Africa - will also take part in the Johannesburg meeting.

During the three-day summit, the top leaders are expected to deliberate upon global issues, international peace and security, global governance and trade issues among others.

The three-day summit officially began on Wednesday with the BRICS Business Forum Meet.

In his keynote address, South African President Cyril Ramaphosa said, "This year marks the decade of co-operation between BRICS nations. The grouping has achieved lot like the formation of the New Development Bank which fills a critical gap in project funding."

Besides attending the summit, Prime Minister Modi will hold bilateral meetings with the leaders of the participating nations, including Chinese President Xi Jinping and Russian President Vladimir Putin.

For the first time, a BRICS leaders' retreat is being organised wherein the leaders will deliberate and take stock of BRICS co-operation during the decade and on its future prospects.

"Good evening South Africa! PM Narendra Modi arrives at the Waterkloof air base to a warm welcome. PM will attend the 10th BRICS Summit and related meetings in Johannesburg and several bilateral meetings on the sidelines," External Affairs Ministry spokesperson Raveesh Kumar said in a tweet.

Good evening South Africa! PM @narendramodi arrives at Waterkloof air base to a warm welcome. PM will attend the 10th #BRICS Summit and related meetings in #Johannesburg and will have several bilateral meetings on the sidelines. #IndiaatBRICS pic.twitter.com/FFtZvpe67f

Prime Minister Modi had reached South Africa on Wednesday evening on the final leg of his three-nation visit to Africa.

PM @narendramodi welcomed by the host of the evening South African President @CyrilRamaphosa on the eve of the 10th #BRICS Summit beginning tomorrow. #IndiaatBRICS pic.twitter.com/PryEA3UK6S

He had earlier visited Rwanda and Uganda.

India is likely to sign MoUs in the fields of education, skill, health and agriculture with South Africa.

For the very first time, a BRICS leaders' retreat is being organised wherein the leaders will deliberate and take stock of BRICS co-operation during the decade and on its future prospects.