MP Madhav, who is an ex-Circle Inspector, said he kissed the shoe as a tribute to the martyrs who protect the integrity and sovereignty of the people. 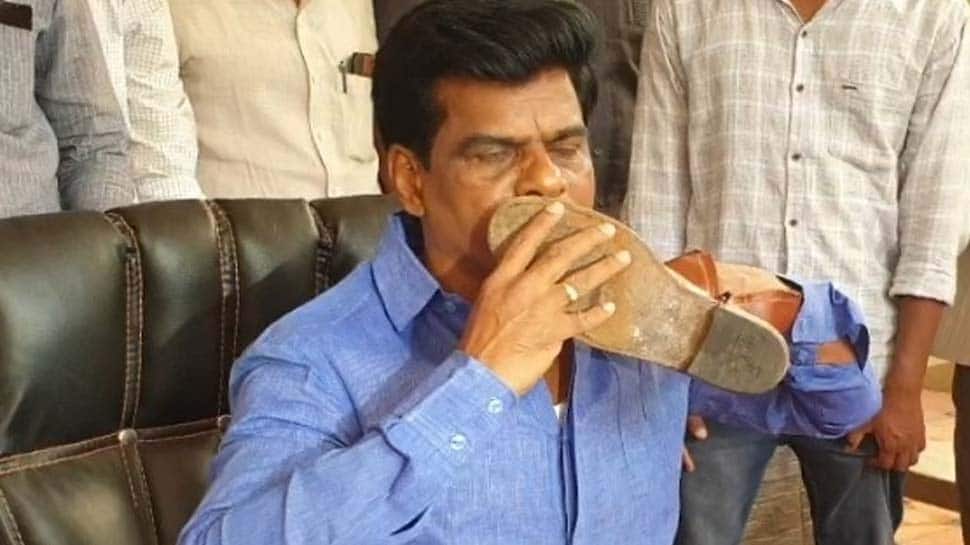 MP Madhav, who is an ex-Circle Inspector, said he kissed the shoe as a tribute to the martyrs who protect the integrity and sovereignty of the people.

Madhav slammed Diwakar Reddy's boot-licking comment. "Shame on JC Diwakar Reddy for such a cheap comment, police are the only people that work round the clock and give their life for public service. I don't feel any legal action is needed (against Diwakar Reddy) as the public removed him from Parliament and sent him home," Madhav said.

The Police Association has threatened to file criminal cases against Diwakar Reddy.

The Hindupuram MP advised the TDP leaders to face Jagan Reddy politically rather than making "baseless and senseless comments" targetting the police.

Madhav also said that Diwakar Reddy is making these "filthy comments" because his travel buses were seized.

Madhav also pointed out that senior TDP leader and former Chief Minister Chandrababu Naidu was standing next to Diwakar Reddy when the comments were made and that Naidu should have opposed his remarks badmouthing the police department.

(With inputs from DM Seshagiri)