Out of 73 passengers, 26 passengers were rescued while 34 bodies have been retrieved so far. Remaining 13 persons are yet to be traced out. 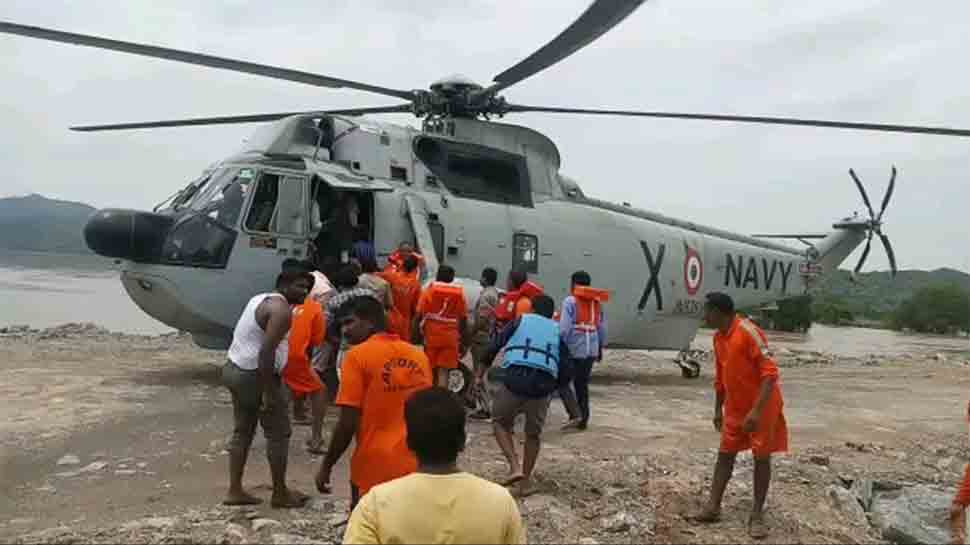 New Delhi: The death toll in the Godavari riverboat capsize incident near Kacchuluru village has risen to 34 on Wednesday and 13 persons are still missing, news agency ANI report said.

"A boat carrying 73 passengers had capsized in Godavari River. Out of 73 passengers, 26 passengers have been rescued so far. 34 bodies have retrieved while 13 persons are yet to be traced out," a State Disaster Management (SDMA) release said today.

The tourist boat, with more than 70 people, overturned near Kuchuluru village on Sunday afternoon while on its way to the picturesque Papikonda hills. It is believed that the accident took place due to overloading of the boat.

According to IANS, the rescue workers continued their efforts to locate the boat, which is believed to be stuck at a depth of 315 feet. Due to the strong water current and winds at the accident site, they are finding it difficult to carry out search operation.

Officials said believe that there may be some bodies in the boat as it turned upside down.

Andhra Pradesh Chief Minister Jagan Mohan Reddy has announced Rs 10 lakh ex-gratia for the bereaved families. He had also directed NDRF, Navy and ONGC helicopters to carry out the rescue operations on war-footing.