The petition was filed by former lawmaker GV Harsha Kumar in the wake of a tragic boat accident in the Godavari River on September 15, last month, in which over 28 persons died and a score went missing. 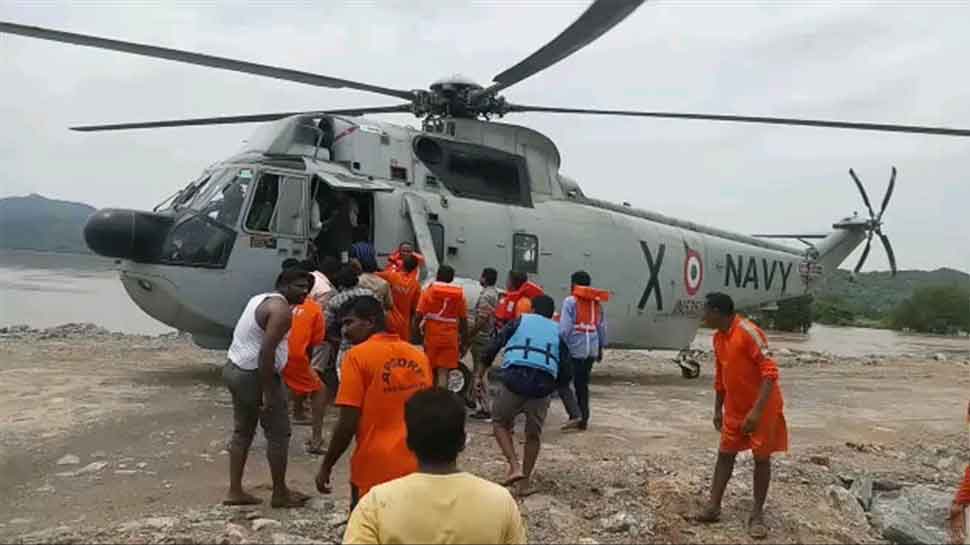 Delhi: A petition was filed in the Supreme Court on Saturday seeking a direction to Centre and Andhra Pradesh government to recover missing dead bodies and boat from the Godavari River. The petition was filed by former lawmaker GV Harsha Kumar in the wake of a tragic boat accident in the Godavari River on September 15, last month, in which over 28 persons died and a score went missing.

The plea sought a direction to the governments to take out missing dead bodies from the river with the help of the Indian Navy, Director General of Shipping and National Disaster Management Authority (NDMA). The plea further sought direction for Andhra Pradesh to conduct a transparent inquiry into the accident and take appropriate action against the persons belonging to Port, Police and Revenue Departments who are responsible for it.

"A large number of boats are legally and illegally operating in major rivers across the country but the authorities are not taking appropriate action to regulate the boats resulting in accidents, illegal transportation of goods and extraction of sand," the plea stated.

It also sought a direction to regulate boats across the country and frame guidelines for inland waterways.Citing newspaper reports, the petition stated that boat accidents have become "very common not only in Andhra Pradesh but across India, but the authorities are not taking firm action on the accidents".

"The news report shows that a large number of unauthorized boats are running without permissions and precautions in various parts of the country and state and Central government authorities failed to take safety measures," the petition claimed.

It also cited a recent boat accident that took place in West Bengal and added that the boat was operating without official permission.