During the course of his visit, the Navy chief would interact with officers, sailors and defence civilians of the ENC and also embark on the Eastern Fleet at Sea. 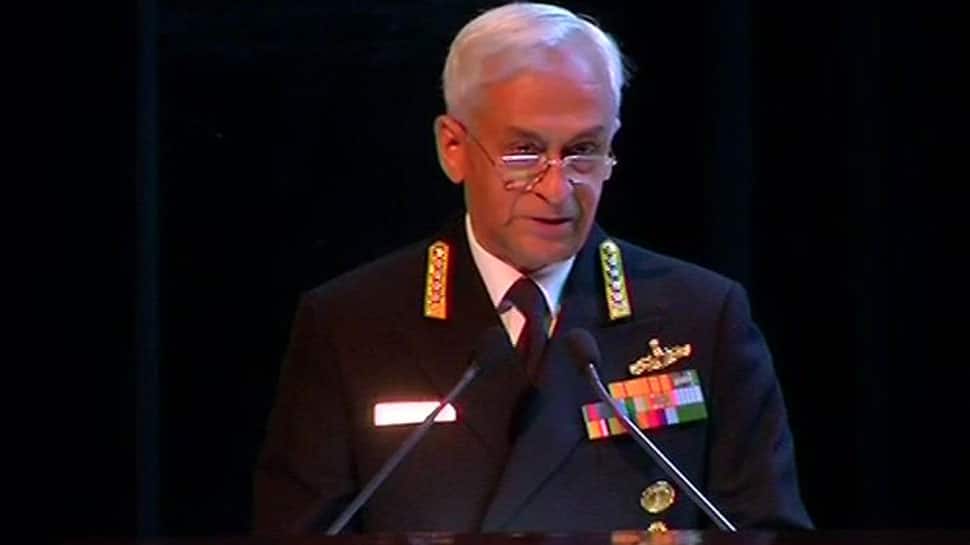 Chief of Naval Staff, Admiral Sunil Lanba is camping in Visakhapatnam for three days in what the Navy said is a farewell visit as he is set to retire from service on May 31.

During the course of his visit, the Navy chief would interact with officers, sailors and defence civilians of the ENC and also embark on the Eastern Fleet at Sea.

Admiral Lanba superannuates on May 31 after a four-decade distinguished service, the release said.

Before taking over as the 23rd Chief of the Naval Staff on May 31, 2016, Admiral Lanba had been the Flag Officer Commanding-in-Chief of the Southern and Western Naval Commands.

He took over as the Chairman, Chiefs of Staff Committee, on January 1, 2017.

In the last three years as CNS, Admiral Lanba set the tone for several transitions in the operational, training and organisational philosophy of the Indian Navy.

The Mission-Based Deployments introduced in June 2017 transformed the operational philosophy to deploying mission-ready ships and aircraft along critical sea lanes of communications and choke points, the Navy release said.

He also steered the implementation of the New Transition Cycle which facilitated improvement in overall readiness of ships and submarines in undertaking operational tasks and Mission Based Deployments, it added.