Welcoming Reddy and others, who joined the YRSC, Jagan Mohan Reddy offered them a shawl. 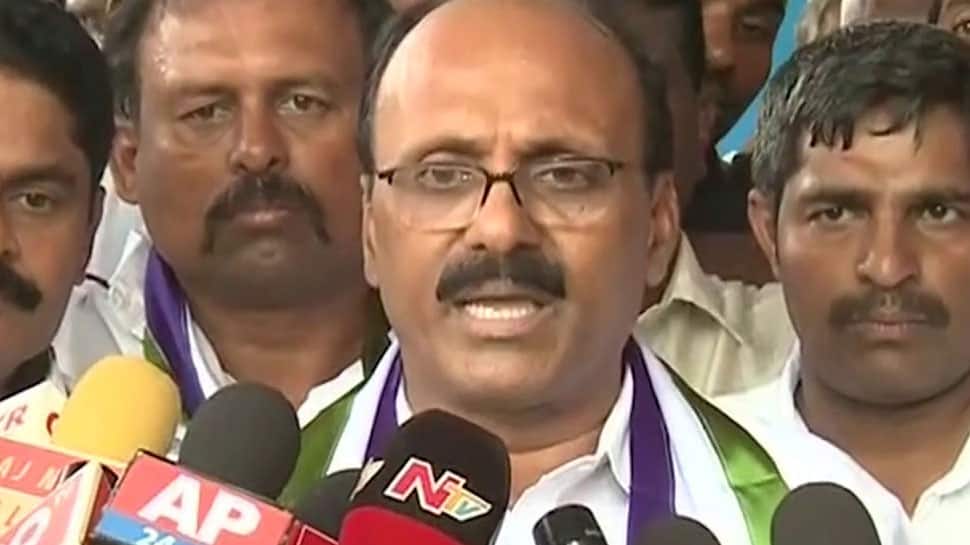 Welcoming Reddy and others, who joined the YRSCP, Jagan Mohan Reddy offered them a shawl.

Reddy along with his followers and other leaders had met Jagan at Lotus Pond before formally joining the YSRCP.

During the meeting, Reddy expressed his willingness to join YSRCP.

Later, speaking to media, Reddy said, “Jagan Mohan Reddy is the Chief Minister of Andhra Pradesh and YS Rajasekhar Reddy regime will be back. I suffered immensely in the TDP for four and half years under Chandra Babu Naidu. Despite my sufferings, I continued to be there because I wanted to serve the people of my constituency but disrespecting my commitment he took a decision by suspending me from the party.''

Attacking Chandrababu Naidu, Reddy said that the TDP chief assured the youth of employment but cheated them. Similarly, he promised the Kapus of providing reservations and fooled them.

Concluding his speech, Reddy said, “Jagan Mohan Reddy always stands in support of weaker sections which made me to join the party.”

We don't expect much from budget : Nara Lokesh