Besides this, Section 144 has also been imposed in Red Fort area to maintain law and order hours after a request by a Swaraj Abhiyan for a peaceful march against the Act was denied by the Delhi Police from Red Fort area to Shaheed Park, ITO for Thursday. 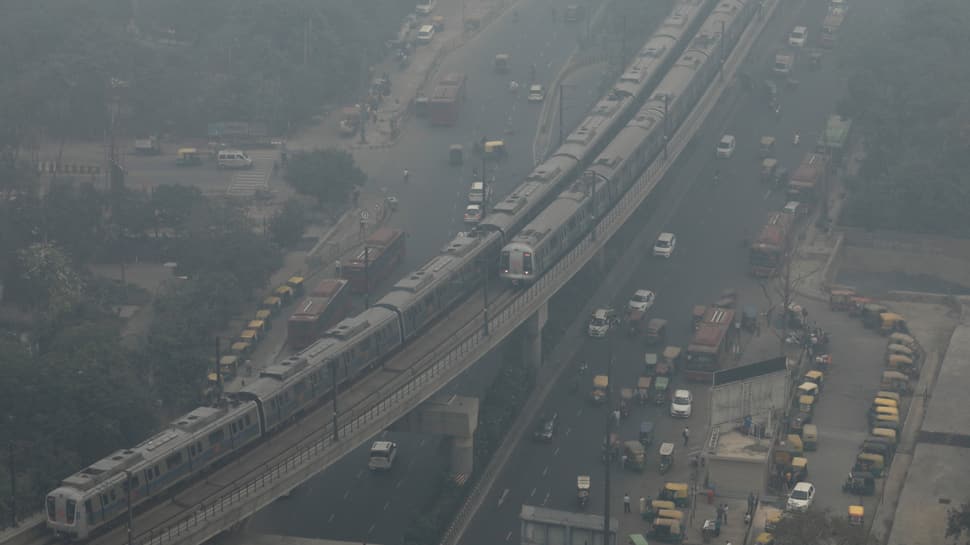 Among those stations that have been shut, three stations have two metro routes each that intersect through them--Central Secretariat has Violet and Yellow lines, and Mandi House has Violet and Blue lines. The interchange facility is operational at all the stations. The entry and exit gates for the Rajiv Chowk metro station has been re-opened.

On the Gurugram-Delhi road, the police have installed barricade for checking resulting in a massive traffic jam both the carriageway. Traffic is heavy in the carriageway from Aya Nagar Border to Delhi, Kapashera Border to Delhi due to demonstration and from Delhi Gate to GPO due to the Swabhiman Rally.

Traffic has been effected on Subhash Marg, Peeli Kothi, Shyama Prasad Mukherjee Marg, Red Fort, and Old Delhi railway station. Gurugram Traffic Police has appealed to the people to step out of the house in utmost necessity. The Delhi Police has sealed the Delhi border NH48, MG Road, and Old Delhi-Gurugram routes.

Besides this, Section 144 has also been imposed in Red Fort area to maintain law and order hours after a request by a Swaraj Abhiyan for a peaceful march against the Act was denied by the Delhi Police from Red Fort area to Shaheed Park, ITO for Thursday.

Restrictions on traffic and metro stations in the national capital have been continuing for the last few days as violent protests were witnessed.

The protest in Delhi turned bitter after students of Jamia Millia Islamia clashed with the police and people from both sides were injured. Residents in areas like Seelampur and Jafrabad also took to the streets to protest against CAA. Ten more people were arrested on Thursday for allegedly fanning violence in the Seelampur area amid the protest against the Act.

According to police, out of ten, four accused have a criminal background. They have been accused of pelting stones, burning the police booth and setting two-wheelers on ablaze during the protest. On Wednesday, the cops arrested eight people for their alleged involvement in instigating violence in Seelampur and turning it into a battlefield. All the accused were identified through videos taken during the anti-CAA protest. They all the residents of Delhi.

The violence over the Citizenship Amendment Act (CAA) in Seelampur and Jafrabad area of northeast Delhi left 21 people, including 12 policemen and three from the Rapid Action Force (RAF), injured.