Historically, September is the month that sees the Arctic Ocean's least ice cover during the year after the short polar summer. 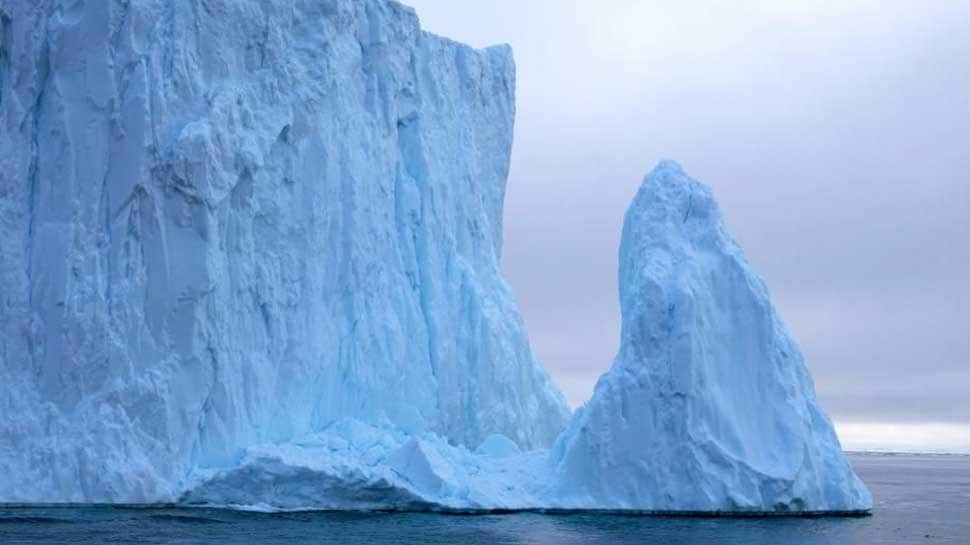 NEW YORK: A new study has warned that the Arctic sea ice could disappear completely through September if average global temperature increases by as little as 2 degrees.

The recent study conducted by the University of Cincinnati was published in Nature Communications.

“Most likely, September Arctic sea ice will effectively disappear at between approximately 2 and 2.5 (degrees) of global warming,” said the abstract of the study.

“Yet, limiting the warming to 1.5 (degrees) under the Paris agreement may not be sufficient to prevent the ice-free Arctic,” the study said.

Won Chang, a study co-author and UC assistant professor of mathematics, was quoted as saying by Daily Mail, ''The target is the sensitivity of sea ice to temperature".

Historically, September is the month that sees the Arctic Ocean's least ice cover during the year after the short polar summer.

"They use September as a measure because that's the transition period between summer and winter in the Arctic," Chang said. "Ice recedes from June to September and then in September, it begins to grow again in a seasonal cycle. And we're saying we could have no ice in September,"
he added.

The less summer sea ice the Arctic has, the longer it takes for the Arctic Ocean to ice back over for the polar winter. That could spell bad news for Arctic wildlife such as seals and polar bears that rely on sea ice to raise pups and hunt them, respectively.

“Our work provides a new statistical and mathematical framework to calculate climate change and impact probabilities,” Jason Evans, one of the study’s co-authors, added in the statement.

Using a new statistical method of 21st-century climate projections, Chang and the other researchers found that there is at least a 6% probability that the sea ice disappears if temperatures rise 1.5 degrees Celsius (3.6 degrees Fahrenheit). That bumps up to a 28% probability if temps rise 2 degrees Celsius (3.6 degrees Fahrenheit).

A lack of summer sea ice is of great concern for Arctic wildlife, such as polar bears and seals, which rely on the sea ice for food and raising their young.

It’s also become a source of contention amongst politicians and climate activists. In May, US Secretary of State Mike Pompeo said the melting ice presented “new opportunities for trade,” as new naval passageways are opened.

In June, diplomats and climate experts gathered in Germany for UN-hosted talks on climate change amid growing public pressure for governments to act faster against global warming.

A study published in April showed that Earth’s glaciers are melting much faster than previously thought, losing 369 billion tons of snow and ice each year, more than half of that in North America.