KP Sharma Oli on Sunday said PM Modi's visit to the Himalayan nation had elevated the existing relationship between the two countries. 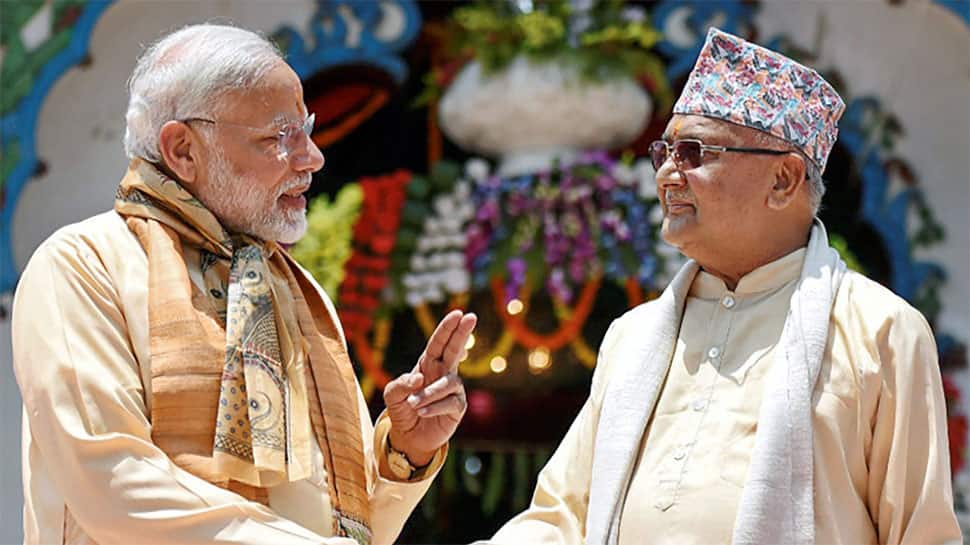 "Prime Minister of India Narendra Modi ji and I have agreed, during Modi Ji's successful state visit to Nepal, to address the outstanding tasks between the two countries in a time-bound manner," Oli tweeted as he thanked Modi for his visit here.

Modi yesterday wrapped up his two-day visit to Nepal during which he held talks with Oli and visited the famed 20th century Janaki temple, Mukhtinath and Pashupatinath temples.

He said Nepal's engagement in the Ramayan Circuit, laying the foundation stone for Arun III Hydropower Project among others, were the major achievements of the trip.

The visit had elevated the existing relationship between the two neighbouring countries to "new heights", he said.

The two countries have also agreed to expedite implementation of all pending projects of bilateral cooperation by Nepal's Constitution Day in September, said Oli adding that multiple bilateral ministerial meetings will be held.

The two countries have also agreed to form a taskforce of technicians to explore possibilities of developing railways and waterways, he said.

Oli also said he would soon pay an official visit to China but did not disclose the date of the trip. PTI SBP Oli said the visit by his Indian counterpart had helped take Nepal-India relation to a new height. He said some of the remarks made during Modi's civic reception in Janakpur was undignified in national and diplomatic terms. Without taking any names, Oli expressed his dissatisfaction for making remarks against national policy. Oli said Indian PM Modi had agreed to implement the past pacts between two countries without further delay. He said the two PMs' were also in accord to put a time frame to implement past pacts. The two prime ministers also explored methods to cut Nepal's trade deficit with India while providing easy entry to Nepali products including ginger and cardamom, Oli said.