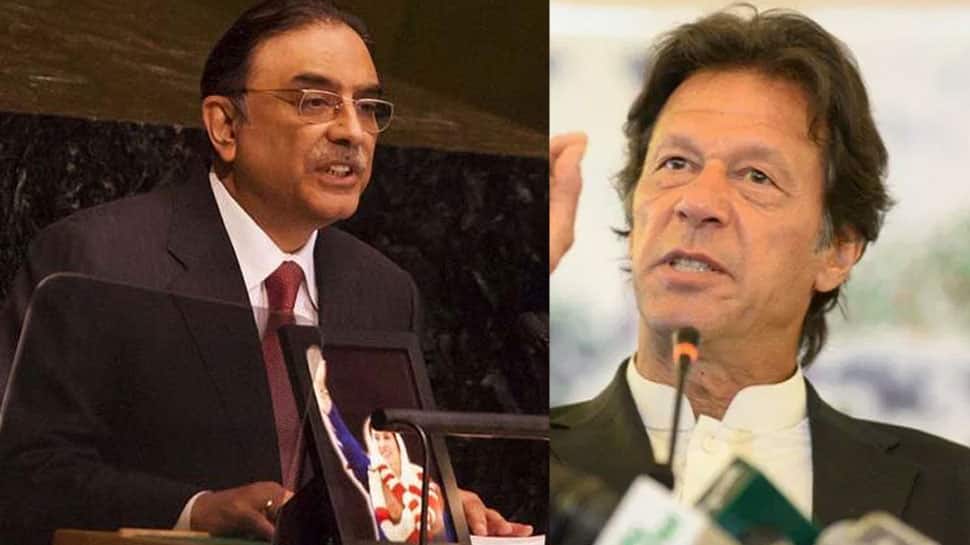 Zardari also reportedly called Imran Khan 'immature' and criticised him for not countering India's allegation regarding the Pulwama terror attack on a CPRF convoy.

Zardari made these remarks while addressing a press conference on Wednesday.

Responding to a question on India trying to get Pakistan isolated globally, the former president said that Islamabad has faced global isolation for a long time but added that this time under the current regime this has increased manifolds.

Calling Imran Khan a ''back seat driver'', Zardari alleged that he is acting at the behest of others which is why the whole situation is getting worse.

It may be recalled that India has blamed Pakistan for the Pulwama attack and accused it of providing a safe haven to the terrorists.

Responding to India's allegations, Pakistan PM Imran Khan had denied any role in the Pulwama attack and offered to help New Delhi in probing the matter.

He also assured that no Pakistani national would be spared if found guilty of involvement in Pulwama attack.

However, he also warned that Pakistan will retaliate if Indian forces attack the country.

Husband of former Pakistan PM Benazir Bhutto, Asif Ali Zardari was the 11th president of Pakistan from 2008 to 2013. During his reign, 10 terrorists from Pakistan-based Lashkar-e-Taiba (LeT) attacked Mumbai which led to the death of 166 people and left over 300 injured.

India later provided evidence to Pakistan and accused Islamabad of backing the perpetrators of the attack.