Shah Mehmood Qureshi told Geo TV that Pakistan is ready to do everything to de-escalate tension with India. 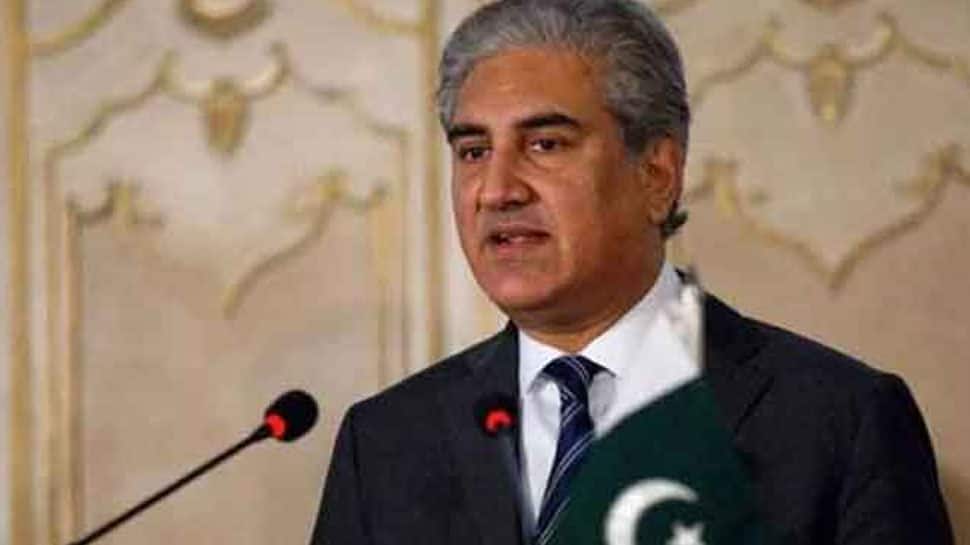 ''Pakistan is willing to consider returning the captured IAF pilot if it leads to de-escalation of tensions with India,'' Foreign Minister Shah Mehmood Qureshi said.

His statement came a day after Pakistan detained Wing Commander Abhinandan Varthaman following a fierce engagement between air forces of the two sides along the Line of Control when his MiG 21 fighter jet was hit.

On being asked if he is open to meeting his Indian counterpart Sushma Swaraj on sidelines of the Organisation of Islamic Cooperation (OIC) meet, Qureshi said he will not hesitate to meet but OIC is not the right forum for talks with Swaraj.

Pakistan's Geo News: On being asked if he is open to meeting Indian EAM Sushma Swaraj on sidelines of the Organisation of Islamic Cooperation(OIC) meet. Pakistan Foreign Minister SM Qureshi said he will not hesitate to meet but OIC is not the forum for talks with Swaraj. https://t.co/3yVbgYMyi1

"Prime Minister Imran Khan is ready to talk to Indian PM Narendra Modi on the telephone and ready to extend an invitation of peace. Is PM Modi ready?" he asked.

Qureshi also confirmed the receipt of India's dossier on the Pulwama terror attack on February 14 in which 40 CRPF soldiers were killed in an attack claimed by Pakistan-based terror group Jaish-e-Mohammed (JeM).

Meanwhile, in New Delhi, highly placed government sources said that India has not asked for consular access to the IAF pilot, and is insisting on his unconditional and immediate return.

The Express Tribune reported that Pakistan is yet to decide whether the IAF pilot will be declared a prisoner of war (PoW) and which convention will be applied.

"The decision (on the IAF pilot) will be announced in a day or two," the report said.

India on Wednesday summoned the acting high commissioner of Pakistan and demanded the immediate and safe return of the IAF pilot who was detained by Pakistan following an aerial engagement by air forces of the two countries.

It has also been made clear to Pakistan that no harm should be caused to the Indian defence personnel, the External Affairs Ministry said in New Delhi, adding that it has conveyed strong objection to the neighbouring country at the "vulgar display" of an injured personnel in violation of all norms of International Humanitarian Law and the Geneva Convention.

Our air force was ready but it was night and dark: Pakistan Defence Minister on IAF airstrikes