Here are the Live updates: 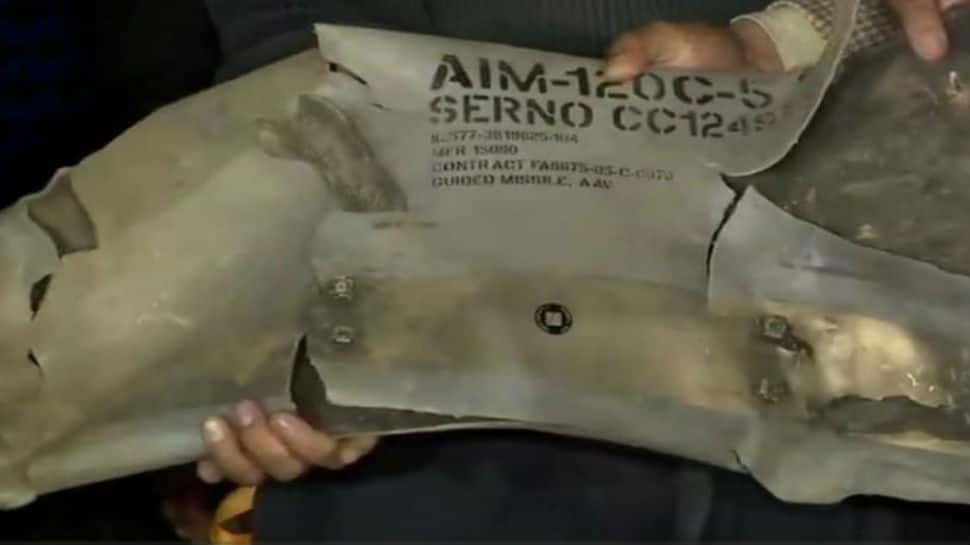 NEW DELHI: Pakistan has denied F16 fighter jets were used when PAF aircraft crossed into Indian airspace - a lie that was nailed by the Indian Air Force on Thursday. This was shortly after an under-pressure Imran Khan announced that the IAF pilot in Pakistan's custody would be released.

Earlier in the day, Pakistan fighter jets once again attempted to enter the Indian airspace but were thwarted back. Pakistan's ground forces have continued to violate ceasefire along the LoC. The Indian armed forces, in a briefing, said that the Indian Army, Air Force and Navy is absolutely ready against any Pakistani adventurism.

"Once the ordinance is issued, it would pave the way for bringing persons residing in the areas adjoining International Border within the ambit of reservation at par with persons living in areas adjoining Actual Line of Control."

PTI quotes an intelligence report as saying that JeM has vowed to continue with their anti-India agenda.

So, what is an AMRAAM? Click here to find out.

Air Vice Marshal RGK Kapoor says this is a part of AMRAAM, air to air missile, which is carried only by PAF's F16 jets. He says it was recovered from Rajouri.

* The Indian Navy is alert and ready for any challenge to our maritime border from Pakistan. We stand as one.

The Indian Army is in a high state of alert.

Pakistan has repeatedly violated ceasefire across LoC. The ceasefire violations are taking place even now as we speak.

As long as Pakistan continues to harbour terrorists, we will continue to target the terror camps.

* On February 27, at around 1000hrs, IAF radars detected a large number of PAF jets heading towards Indian territory. They breached Indian airspace west of Rajouri. IAF fighters were tasked to intercept intruding Pakistan aircraft. PAF jets attempted to target our military installations but IAF jets intercepted them. PAF bombs fell in Indian territory but were unable to cause damage.

* A PAF F-16 jet was shot down and it crashed in PoK. A MiG-21 also crashed and its pilot ejected safely but in PoK.

* Pakistan has made several incorrect statements. They said 3 IAF jets were shot down but was later revised to 2 jets. Pakistan later changed statement to say one IAF pilot was in their custody.

* There is enough evidence to show that F-16s were used in this mission through their electronic signatures. Parts of AMRAAM, air to air missile which is carried only on the Pakistani F-16s was recovered east of Rajouri within the Indian territory.

Whole nation will be relieved. I hope our leadership will also reciprocate this peace gesture. I hope Imran Khan will stand by his word and take steps on Indian dossier on Pulwama attack.

I'm very happy, I had demanded his release earlier too. This is going to be a step towards goodwill and I hope this will be lasting.

Joint press briefing by Army, Navy and Air Force in New Delhi has been postponed to 1900hrs.

Speaking in his country's parliament, Imran Khan said that the pilot would be released as a peace gesture towards India. "The release of the pilot is the first step towards open negotiations," he said, while confirming he would call Prime Minister Narendra Modi later in the day.

Pakistan announces it will release IAF pilot in its custody tomorrow.

MEA briefs diplomats from 10 countries, including Germany, Nigeria, South Africa and Belgium, on prevailing tensions between India and Pakistan.

Sources say that 20 PAF jets had crossed into Indian airspace on Wednesday (February 27).

When asked if Pakistan Foreign Minister SM Qureshi is open to meeting Indian EAM Sushma Swaraj on sidelines of the Organisation of Islamic Cooperation (OIC) meet, he told geo news that he will not hesitate to meet but OIC is not the forum for talks with Swaraj.

Pakistan's Geo News: On being asked if he is open to meeting Indian EAM Sushma Swaraj on sidelines of the Organisation of Islamic Cooperation(OIC) meet. Pakistan Foreign Minister SM Qureshi said he will not hesitate to meet but OIC is not the forum for talks with Swaraj. https://t.co/3yVbgYMyi1

"India didn't consider giving actionable intel earlier as Pakistan did not act in past on actionable inputs on Mumbai and Pathankot. Terrorists were caught, audio given, access given to forward posts in Pathankot. Pakistan remained in denial. 13 days after Pulwama, they still deny JeM role," the source added.

"We are ready for talks on Kartarpur. They (Pakistan) had called it off just as they had closed airspace and stopped Samjhauta Express. We are trying to appear reasonable, they are creating a war hysteria," say sources.

"Pakistan has lied to international community on Jaish-e-Mohammed, about two pilots in custody. They lied on Indian ships approaching, they have lied on missile strikes," the source added.

When asked if Pakistan PM Imran Khan and PM Modi will talk, the sources said, "Immediate, credible and verifiable action against terror is required before any such conversation. Imran Khan should now walk the talk on dealing with terrorism. That is our message to Pakistan and International community."

Authorities are yet to confirm the same.

The airspace violation comes hours after Pakistan's ceasefire violation with mortars earlier in the early morning hours. It once again opened fire after around 1 pm. The enemy forces fired mortars across the Line of Control in the Krishna Ghati sector.

"We believe that the Pakistan Army is actively supporting the Jaish-e-Mohammed and is harbouring the leaders including Masood Azhar in its facilities," sources added.

I think reasonably attractive news from Pakistan and India, they have been going at it and we have been involved and have them stop, we have some reasonably decent news, hopefully its going to be coming to an end, going on for a long time, decades and decades: Donald Trump

We have some reasonably decent news from India and Pakistan: Donald Trump after failed meeting Kim

We have to be hardworking in all sectors. India is grateful to all those who are protecting the nation. It is because they are there, the nation can reach new levels of development: PM Modi

PM Narendra Modi says necessary to ensure nothing is done to dent morale of security forces.

Have full faith in our forces, will not stop at any cost. Nobody can stop India's growth: PM Modi's message of unity

India will live as one, grow as one, fight as one, win as one: PM Narendra Modi

The country's heroic soldiers are showing their strength both on the border and across the border. The entire country today stands with the army: Prime Minister Narendra Modi mega interaction with Volunteers, Supporters and party Karyakartas from across the country.

The country's heroic soldiers are showing their strength both on the border and across the border. The entire country today stands with the army: Prime Minister Narendra Modi mega interaction with Volunteers, Supporters and party Karyakartas from across the country.

Army Chief General Bipin Rawat's meeting with delegates from panchayat members and ex-servicemen from Jammu and Kashmir scheduled for Thursday has been cancelled: ANI

External Affairs Minister Sushma Swaraj has left for Saudi Arabia to garner support against support to terrorists by Pakistan. 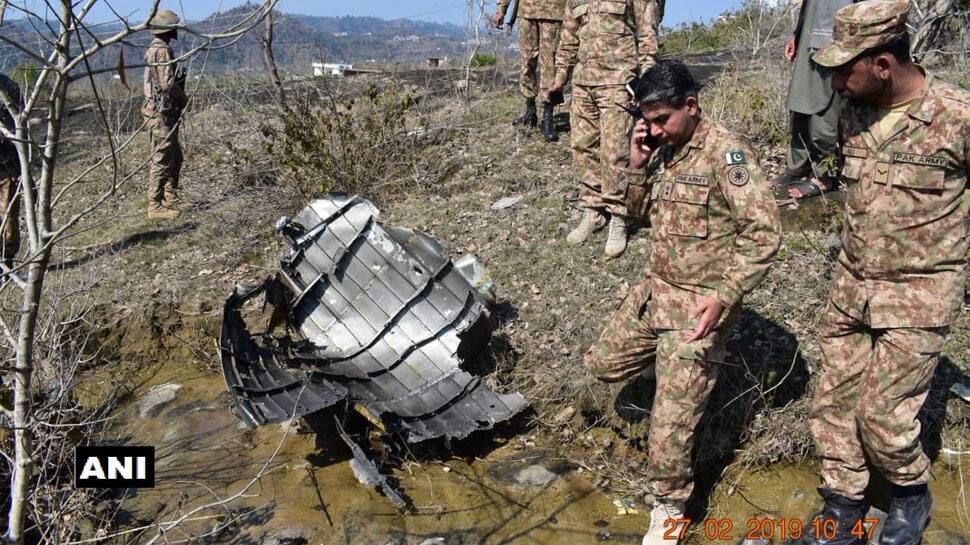 Indian Navy and Indian Coast Guard are on high alert along the coastline of Maharashtra and Gujarat amid the escalation of tension between India and Pakistan, sources told Zee media.

Navy and Coast Guard are both patrolling the seas with increased strength in vessels. Authorities are also checking fishing trawlers' documents.

Security agencies have been asked to be extra cautious and alert with the stealth submarines of Pakistan which may try to operate within Indian territory.

"In response to the mounting tension due to the operations since 26 February between the Indian Air Force and the Pakistan Air Force, Japan strongly urges India and Pakistan to exercise restraint and stabilize the situation through dialogue," he added.