According to the legend, oarfish are considered to be the ''harbinger of destruction'' in Japan. 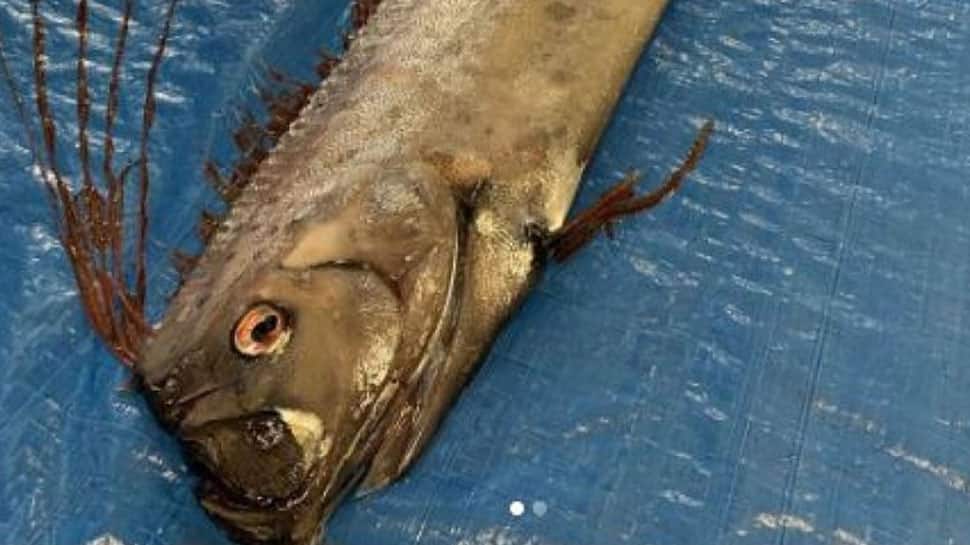 TOKYO: The sightings of rare oarfish or sea serpents in the northern prefecture of Toyama has triggered fears of an incoming natural disaster – tsunami or earthquake -  in Japan.

According to CNN.com, the two rare oarfish were spotted on Friday last week after being caught in fishing nets off the northern prefecture of Toyama, bringing the total found this season to seven.

The elusive oarfish, also known as 'sea serpent', live between 200 and 1,000 meters (650 to 3,200 feet) deep and are characterized by silvery skin and red fins. The oarfish are traditionally known as “Ryugu no tsukai” or the “Messenger from the Sea God’s Palace” in Japan.

If Japanese legends are to be believed, the oarfish come to shores ahead of underwater earthquakes. However, there is no scientific proof regarding the same.

Kazusa Saiba, an Uozu Aquarium keeper, told CNN that ''there is no scientific evidence at all for the theory that oarfish appear around big quakes.''

However, he was quick to add that ''one cannot 100% deny the possibility.”

The myth of oarfish as ''harbinger of destruction'' got some ground after the 2011 Fukushima earthquake and subsequent tsunami, which killed more than 20,000 people.

At least a dozen oarfish had washed up onto Japan's coastline in the year prior to the disaster, according to Kyodo News.

Whatever one may say about the myth of oarfish, their sightings has raised concerns and fears of an incoming natural disaster in Japan for the time being.