Around 121 relief camps accommodating more than 13,226 people have been set up. 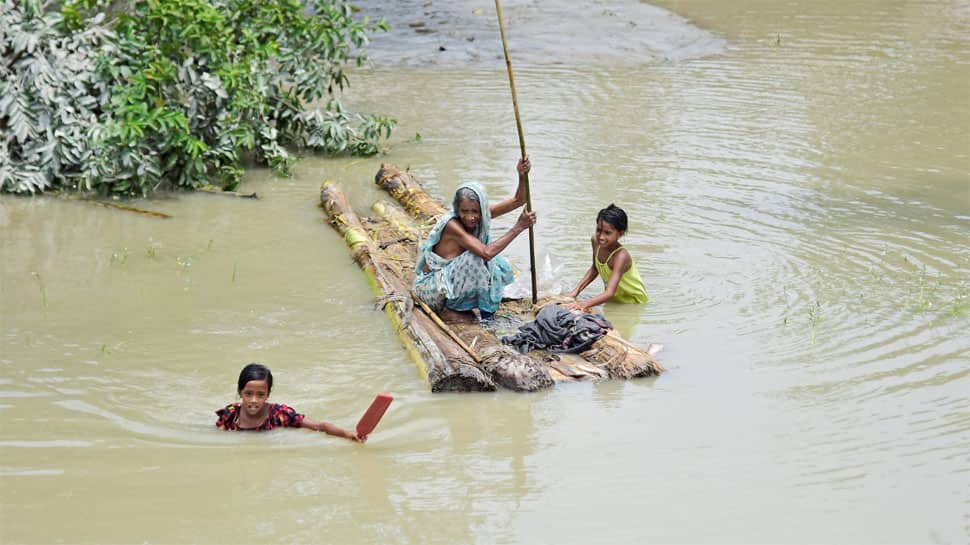 Guwahati: At least 62 persons died and over 57 lakh people were affected in the floods that has ravaged Assam over the past two weeks. Over 2,000 villages across more than 32 districts are reeling under the devastating floods.

"Assam State Disaster Management Authority: As on today, water levels in all districts are receding. A total of 2,283 number of villages in 59 revenue circles of 18 districts are having flood waters, affecting a population of 30, 55, 837," tweeted ANI.

More than 10.57 lakh people at remote locations, inconvenienced by the severe floods. Around 121 relief camps accommodating more than 13,226 people have been set up.

Almost 95 per cent of the state's Kaziranga National Park has been flooded due to incessant rain with the state environment minister Parimal Shukla stating, "About 162 wild animals have lost their lives in the floods." 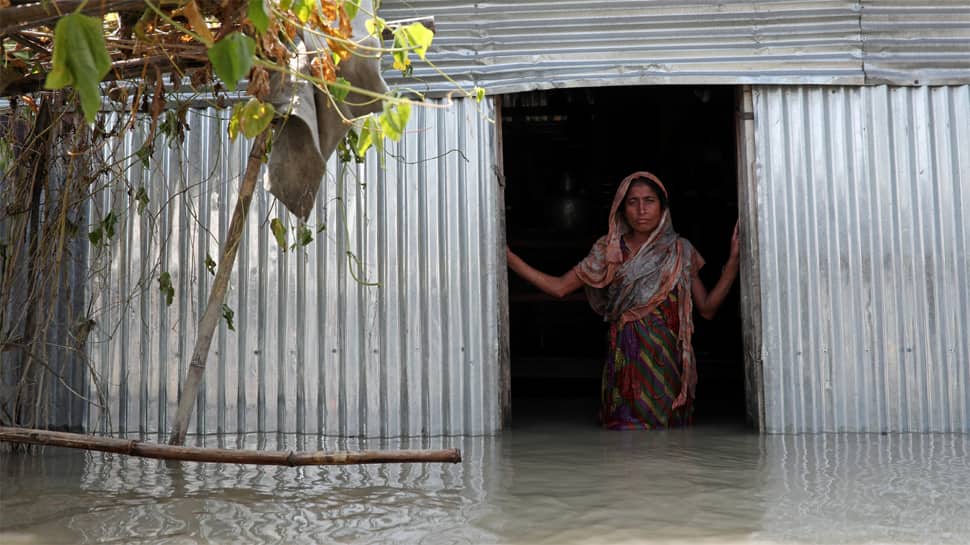 Saju Begum, a flood-affected woman poses for a picture inside her house in Jamalpur (Reuters Photo) 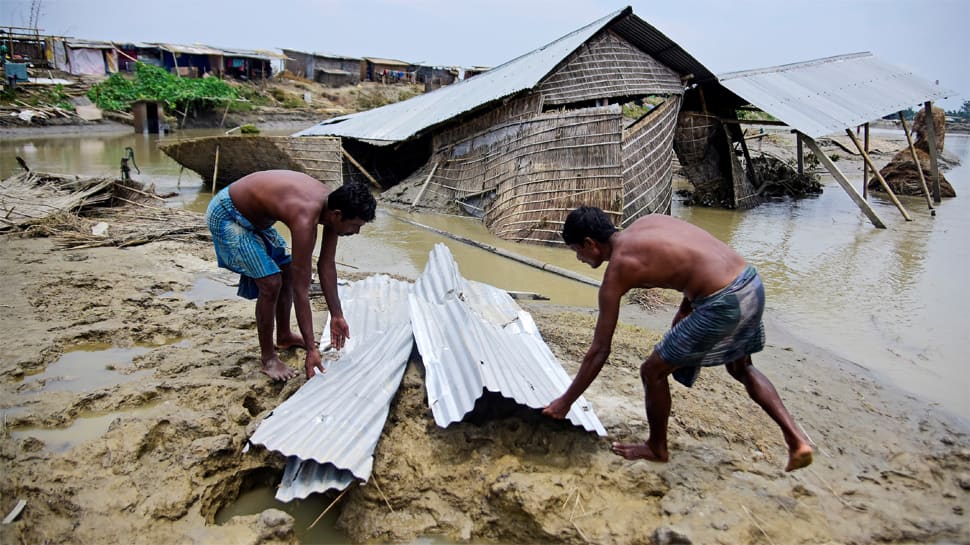 The Indian Army has increased rescue efforts across the state and organised several medical camps in the flood-affected areas.