The NRC in Assam is being updated under the monitoring of the Supreme Court and the final list is scheduled to be released on July 31. 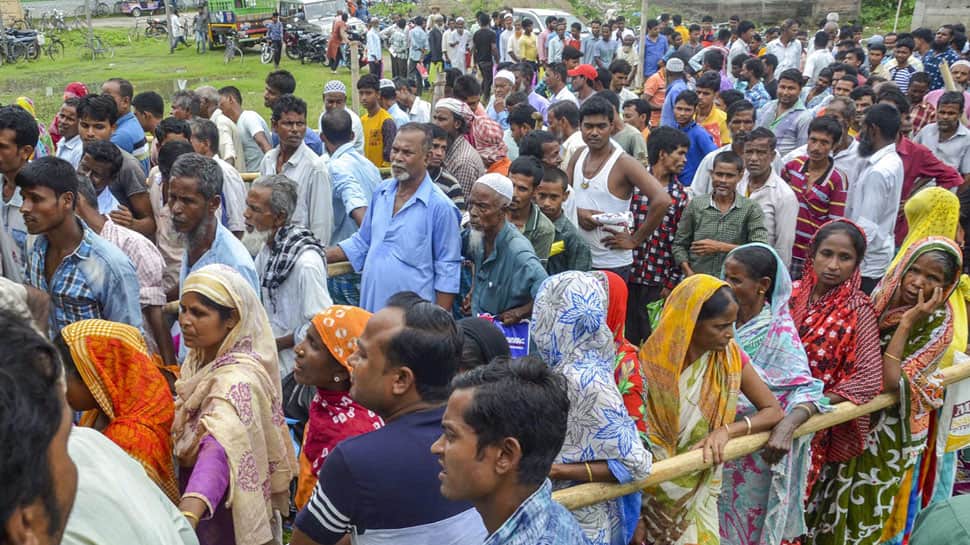 Guwahati: Assam government released an additional exclusion list consisting of names of 1,02,462 persons to the draft National Register of Citizens (NRC) on Wednesday. The names of these people were included in the draft citizen's list published last year but later found ineligible.

The draft NRC was published on July 30, 2018, and included the names of 2.9 crore people out of the total applications of 3.29 crore. Following its publication, a massive controversy over the exclusion of 40 lakh people from the draft NRC.

As per a statement issued by the state coordinator of NRC, “the list has been published as per provisions of Clause 5 of the Schedule of the Citizenship (Registration of Citizens and Issue of National Identity Cards) Rules 2003.”

The NRC in Assam is being updated under the monitoring of the Supreme Court and the final list is scheduled to be released on July 31.

Persons excluded will be informed individually through letters which will be delivered at their residential addresses along with the reason of exclusion.

The NRC exercise is aimed at identifying illegal immigrants in the state that borders Bangladesh was carried out only in Assam, which has faced a heavy influx of people from across the borders. The firt NRC Assam was first prepared in 1951, the state had 80 lakh citizens then. As per the 2011 census, Assam's total population is over 3.11 crore. The process of identification of illegal immigrants in Assam has been widely debated and become a contentious issue in the state's politics.