The state government has announced a compensation of Rs 2 lakh each to the families of the deceased while the affected ones will get Rs 50,000 each. 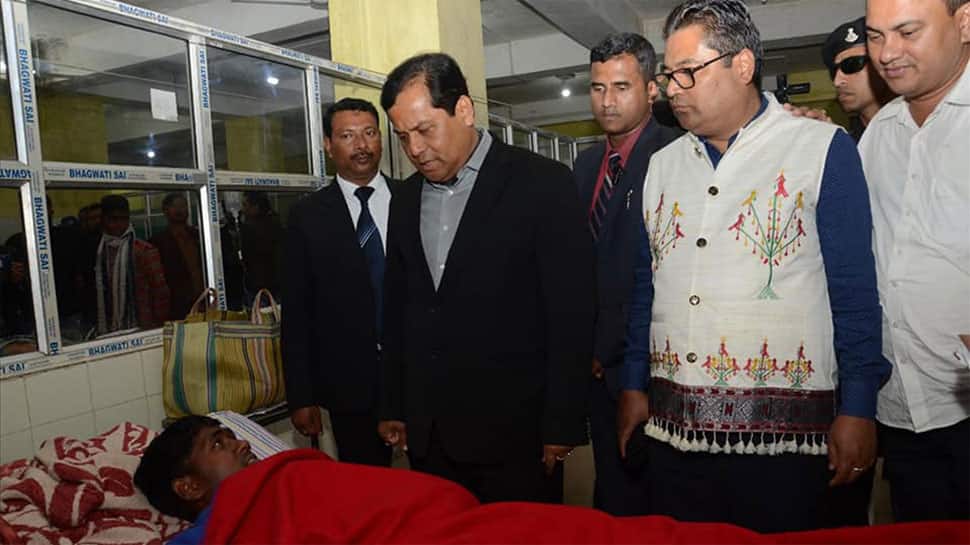 Guwahati: The death toll in the hooch tragedy in Assam mounted to 110, even as more than 200 people were hospitalised on Saturday. Police have, so far, arrested seven people in connection with the incident.

The deaths were reported from Golaghat and Jorhat districts following the consumption of spurious liquor. While in Golaghat district the death toll has increased to 45, in Jorhat district, so far 65 people have been confirmed dead.

The Excise Department of Assam has, meanwhile, destroyed nearly 15,000 litres of liquor across the state.

"More than 200 people have been hospitalised. 15,000 litres of liquor has been destroyed across the state and seven people have been arrested in the Golaghat and Jorhat case," Assam Excise Department PRO, S Pandey said.

The state government has announced a compensation of Rs 2 lakh each to the families of the deceased while the affected ones will get Rs 50,000 each.

"The next of kin of the victims will be given Rs 2 lakh ex-gratia by the Assam government and the other affected people will get Rs Rs 50,000," Pandey said.

Out of the 200 patients admitted to Jorhat Medical College and Hospital, at least 36 are women.