I will break your head: AIUDF's Badruddin Ajmal caught on cam threatening journalist

The AIUDF chief not only verbally abused the journalist but also threatened to break his head. 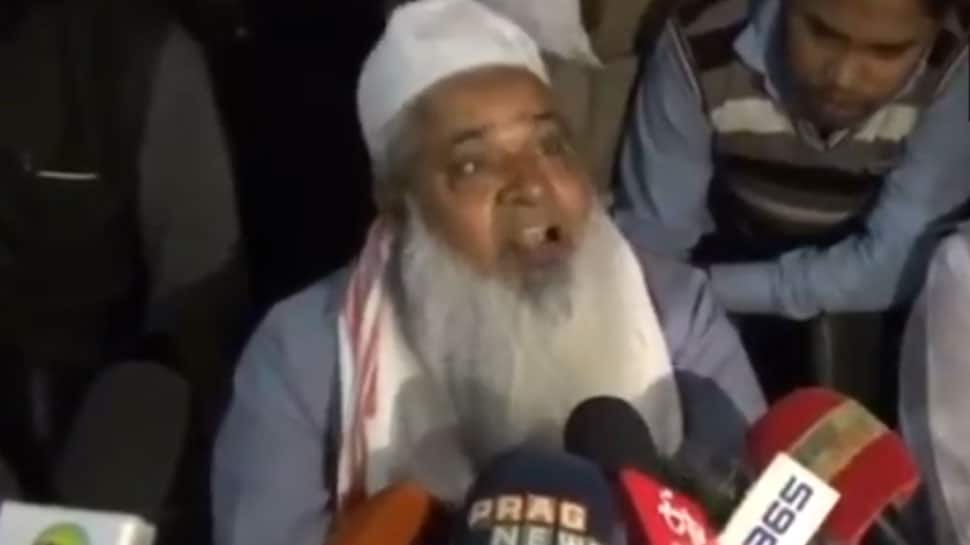 Guwahati: AIUDF chief Badruddin Ajmal was on Wednesday caught on camera threatening to break the head of a journalist who had questioned his next electoral move concerning next year's general elections.

According to news agency ANI, Ajmal not only verbally abused the journalist but also threatened to break his head.

#WATCH AIUDF Chief Badruddin Ajmal in Hatsingimari, Assam threatens to smash head of journalist who asked him if he'll ally with Congress or BJP in future: Go dogs, for how much money have you been bought by BJP? Go away, I will smash your head. Go register a case against me. pic.twitter.com/XQvp5mZ4it

While all this happened, the agitated supporters of AIUDF chief forced the scribe to apologise publicly.

The shocking incident took place when Ajmal was talking to reporters after a function, where he felicitated the panchayat elections winners of South Salmara district.

The journalist later filed a complaint with the police against the Lok Sabha lawmaker.

The journalist from a local TV news channel questioned Ajmal about AIUDF's alliance plans for the upcoming Lok Sabha polls.

Ajmal refused a direct reply and said, "We are with Mahagathbandhan (opposition) in Delhi."

The journalist then persisted and asked whether AIUDF would change its position after the polls depending on which party won.

To this, Ajmal lost his cool and said, "How many crores will you give? (abuse)... Is it journalism? People like you are demeaning journalism. This man is against us from earlier on."

Ajmal then rained more abuses, snatched the mike of another journalist and tried to hit the scribe who had asked the question.

In order to save his life, the journalist had to bow his head in front of Ajmal and tender an apology.