62.77% turnout in bypolls to four assembly seats in Gujarat

The four constituencies where bypolls were held were Unjha, Dhrangadhra, Jamnagar (Rural) and Manavadar. 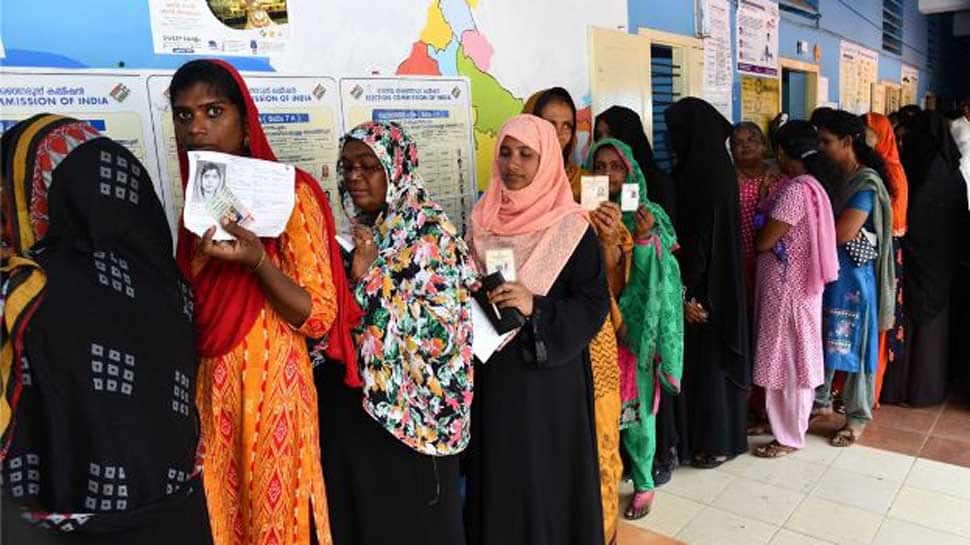 AHMEDABAD: An average 62.77% voter turnout was registered Tuesday in bypolls to four assembly constituencies in Gujarat held along with the Lok Sabha elections, officials said.

The four constituencies where bypolls were held were Unjha, Dhrangadhra, Jamnagar (Rural) and Manavadar. These seats had fallen vacant following the resignation of their sitting MLAs, all from the Congress who later joined the BJP.

Three of the four sitting MLAs, who had resigned to join the BJP, have been fielded by the ruling party from their respective seats. These candidates are Jawahar Chavda (Manavadar), Asha Patel (Unjha) and Parsotam Sabariya (Dhrangadhra).

The BJP has fielded another former Congressman and ex- MLA Raghavji Patel from Jamnagar (Rural). Raghavji Patel had joined the BJP two years ago after voting against Congress leader Ahmed Patel in the August 2017 Rajya Sabha election. Raghavji Patel had fought the December 2017 assembly election from the seat as the BJP candidate but lost.

The Jamnagar (Rural) seat fell vacant after its sitting Congress MLA Vallabh Dharaviya, who had defeated Raghavji Patel in 2017, himself joined the ruling party.

Manavadar candidate Chavda, an OBC leader from the Ahir community, had joined the BJP after resigning as MLA ahead of the Congress Working Committee meet in Gujarat in March.

He was soon inducted in the Vijay Rupani government as a Cabinet minister and given fisheries and tourism portfolios.

Results of the assembly bypolls will be declared along with the Lok Sabha election outcome on May 23. Gujarat has 26 Lok Sabha seats and all of them went to the polls in a single phase.