Abrogated Article 370 without creating any new problems in Jammu and Kashmir, says PM Modi in Jharkhand

Prime Minister Narendra Modi on Tuesday said in Jharkhand that the BJP-led government at the Centre abrogated Article 370 without creating any new problems in Jammu and Kashmir. 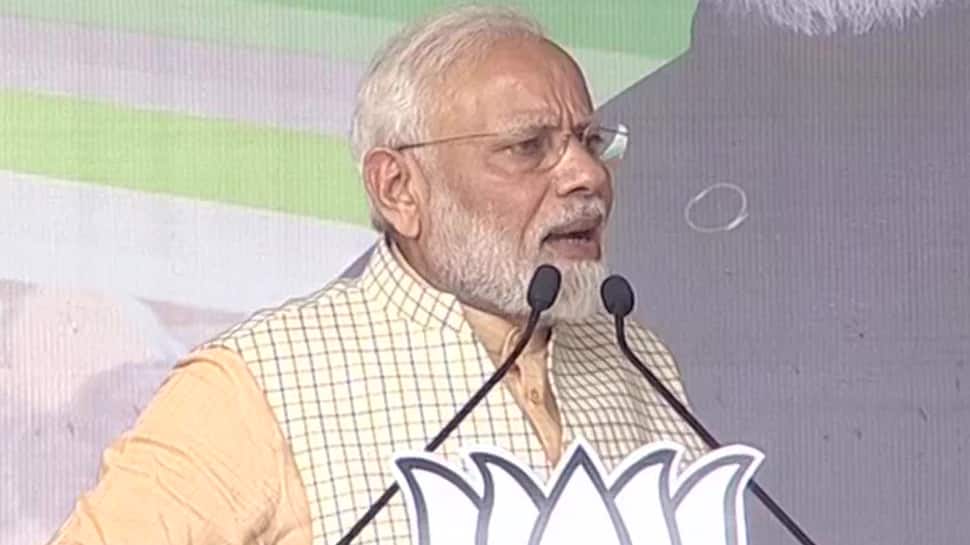 Prime Minister Narendra Modi on Tuesday (December 3) said that his government managed to abrogate Article 370, which granted special status to the erstwhile state of Jammu and Kashmir, without creating any new problems in the region.

The prime minister made the statement while addressing an election rally in Jharkhand, which is set to witness the second phase of voting on December 7. “We abolished Article 370... it was a mess created by congress but we took care of it without creating any new problems... I know that people of Jharkhand will help in the growth of Jammu and Kashmir," said the prime minister.

“Jharkhand is now 19 years old. It will soon stop being a teenager... I want you to stand with me and I promise you that when Jharkhand turns 25 you will not be able to recognise it," he noted.

PM Modi said that the menace of Naxalism has been brought under control in Jharkhand during the BJP government and he also thanked the people for coming out of their homes to cast vote in the first phase of polling on November 30.

“I have always had a close connection with Jharkhand... I have visited the state while holding many positions. I thank you for the way you have voted in the first phase. There were some elements who tried to disrupt polling in the first phase but you fought then and still turned up to vote," said PM Modi.

Highlighting the development works done by the BJP government in Jharkhand, PM Modi said that now remote villages of the state are getting round-the-clock electricity supply. “Today we have managed to bring electricity to places where earlier opposition leaders did not even bother to visit. BJP brought the magic of solar power to Jharkhand,” he said.