Ahead of oath-taking ceremony of new MLAs, Supriya Sule welcomes cousin Ajit Pawar with a hug

Talking to media after welcoming Ajit Pawar with a hug, NCP leader Supriya Sule said that never had any rift with her cosuin. 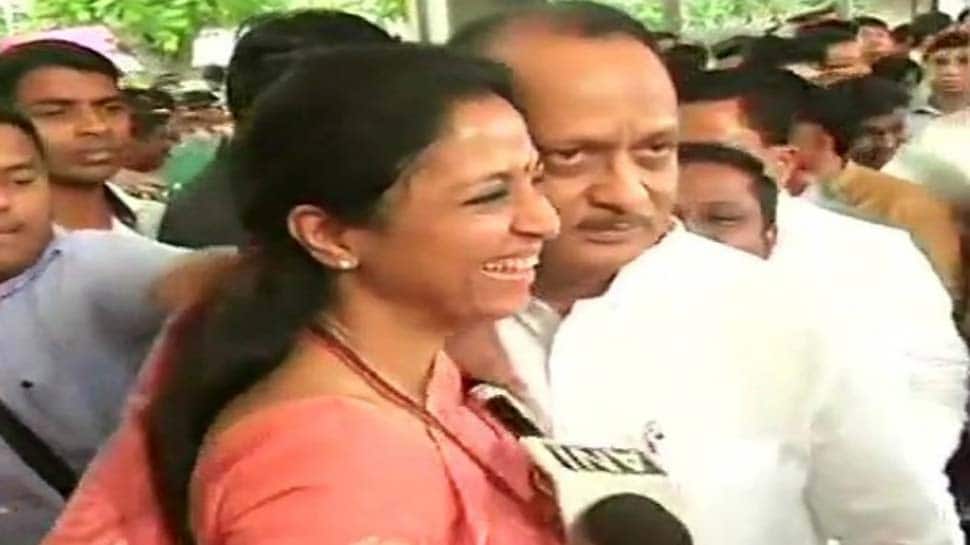 Talking to media, Sule stressed that never had any rift with her ‘dada’ (as Ajit Pawar is fondly called), who shocked the NCP by deciding to support Devendra Fadnavis as chief minister without the consent of NCP chief and Sule's father Sharad Pawar. Ajit Pawar, however, failed to help Fadnavis for long as the government fell after just three days on Tuesday (November 26).

“I have never had a rift with (Dada) Ajit Pawar... everyone has a role in the party... it is their duty to carry the party forward,” said Sule, who is also a Lok Sabha MP.

On Tuesday, Fadnavis decided to step down as Maharashtra chief minister after Ajit Pawar informed him that he will not be able to support his government anymore.

It may be recalled that Sule has publicly criticised Ajit Pawar’s decision to ditch NCP in support of the BJP. Shortly after Ajit Pawar took oath as Deputy CM, Sule announced through her WhatsApp status that the "party and family split". She then posted another status saying "she never felt so cheated in life". Sule's status trail continued on Sunday (November 24) too when she talked about her "difficult times", "standing for good values" and "victory of value".

Sule also posted an old interview of Fadnavis in which he had said that the BJP will remain unmarried but will "never, never, never marry with NCP".