It is to be noted that Ajit Pawar has joined hands with the Bharatiya Janata Party on Saturday and took oath as Deputy Chief Minister of Maharashtra along with Chief Minister Devendra Fadnavis. 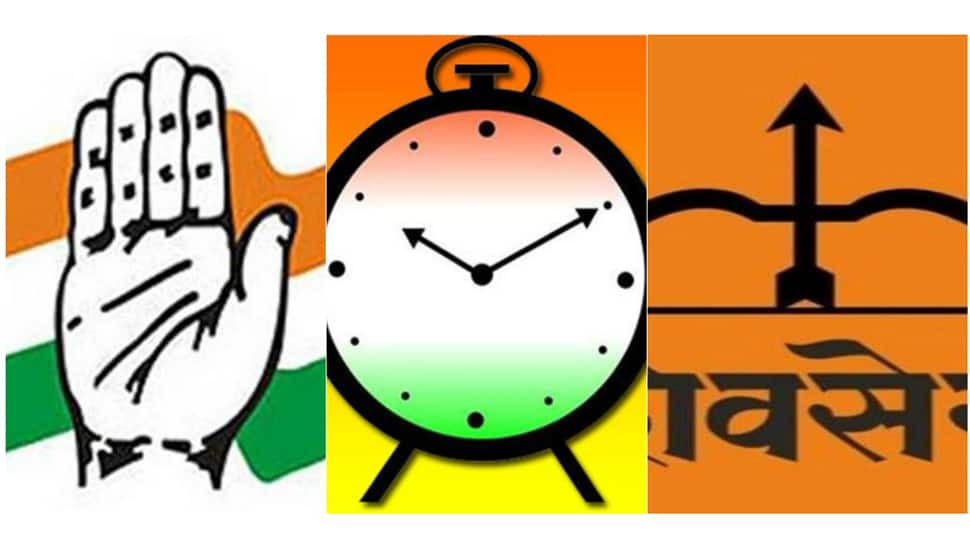 It is to be noted that Ajit Pawar has joined hands with the Bharatiya Janata Party on Saturday and took oath as Deputy Chief Minister of Maharashtra along with Chief Minister Devendra Fadnavis. Shiv Sena's acceptance to share the coveted post with NCP is seen as yet another attempt by both the parties to keep Sena-NCP-Congress intact and stop BJP from winning the trust vote in Assembly.

The latest development came just hours before Supreme Court (SC) is scheduled to hear a petition against Maharashtra Governor Bhagat Singh Koshyari's decision to revoke President's rule in the state and anoint Devendra Fadnavis as Chief Minister and Ajit Pawar as his deputy respectively on Saturday (November 23). The court on Sunday issued notices to the Centre, Fadnavis and Ajit Pawar on petitions filed by Shiv Sena-Congress-NCP combine.

A three-judge bench headed by Justice NV Ramana will commence hearing on the matter at 10.30 am. The apex court on Sunday asked the Solicitor General, Tushar Mehta, to produce before it on Monday morning two letters--showing proof of the Governor of Maharashtra inviting BJP to form the government and the letter of support, used by Fadnavis for staking claim to form the government in the state.

During the hearing in the apex court, the Congress, NCP and Shiv Sena had demanded that the SC order an immediate floor test so that the BJP can prove it has the numbers. The three parties also accused Governor Koshyari of being bias and stressed that the lifting of President’s Rule was “shrouded in mystery”.

The political drama in Maharashtra took a new turn on Saturday after Fadnavis took oath as the CM. The development left Shiv Sena, NCP and Congress in complete shock as Ajit Pawar unilaterally decided to part ways from Sharad Pawar-led NCP and decided to support the BJP.

Fadnavis took oath the CM few hours after the Shiv Sena-NCP-Congress reached an agreement over government formation in Maharashtra with Sharad Pawar announcing on Friday (November 22) that Sena chief Uddhav Thackeray will lead the Sena-NCP-Congress alliance government in the state.