n his first statement amid the political crisis that hit Maharashtra after the Assembly election 2019, Amit Shah on Wednesday made it clear that Devendra Fadnavis had been decided as the chief minister of the alliance and that no Shiv Sena leader objected to the proposal when it was announced. 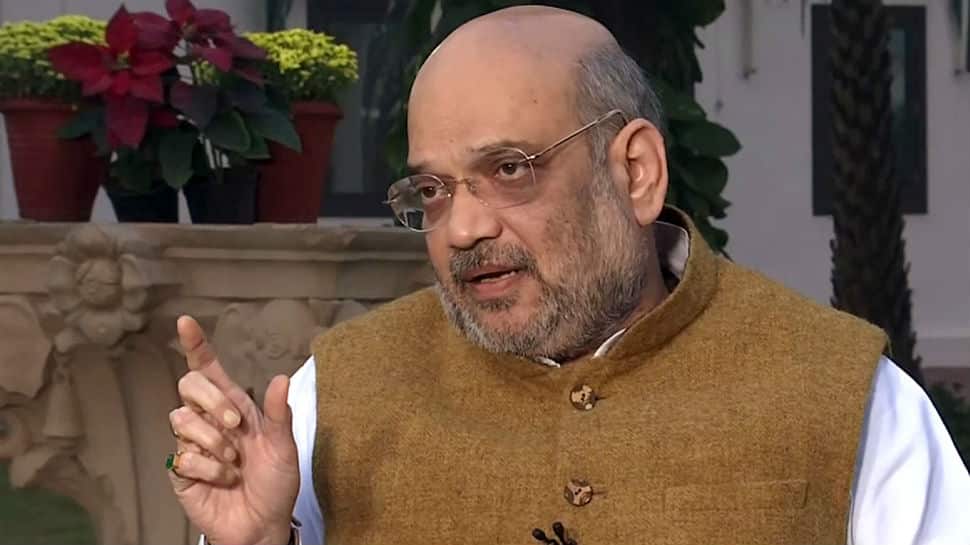 New Delhi: Finally, Union Home Minister and Bharatiya Janata Party (BJP) president Amit Shah has broken his silence on Shiv Sena's stubbornness over Maharashtra chief ministership. In his first statement amid the political crisis that hit Maharashtra after the Assembly election 2019, Shah on Wednesday made it clear that Devendra Fadnavis had been decided as the chief minister of the alliance and that no Shiv Sena leader objected to the proposal when it was announced.

He added that Shiv Sena broke the alliance as the CM demand of Uddhav Thackeray-led party was not acceptable to the BJP. In an interview to news agency ANI, Shah, responding to a question on the collapse of the alliance, claimed, "Before the election, Prime Minister Narendra Modi and I said many times in our public rallies that if our alliance wins, then Devendra Fadnavis will be the CM, no one objected back then. Now they have come up with new demands which are not acceptable to us."

BJP President Amit Shah to ANI on collapse of alliance with Shiv Sena: Before elections PM&I said many times in public that if our alliance wins then Devendra Fadnavis will be the CM, no one objected back then. Now they have come up with new demands which are not acceptable to us pic.twitter.com/4toj07oHVo

Asked if more time was given to parties for government formation in smaller states like Goa and Arunachal Pradesh, he replied in the negative and added that political parties in Maharashtra had 18 days after the declaration of results on October 24, 2019, to show that they have a majority.

"Before this, in no state was so much time has been given. Eighteen days were given, the governor invited parties only after the assembly tenure came to an end. Neither the Shiv Sena, Congress-NCP or BJP staked claim. Even if today any party has the numbers, it can approach the governor," Shah said.

Also read: Updates from Maharashtra after imposition of President's Rule

Maharashtra election results were declared on October 24 and since then BJP and Shiv Sena have been in a political slugfest resulting in the break-up of their alliance. Uddhav demanded a share in power under the 50:50 formula and the CM's chair for two-and-a-half years and BJP, on the other hand, categorically stated that Fadnavis will be the CM for the next five years and maintained that no such pre-poll promise was made.

Ultimately, with no sight of a government formation in Maharashtra, Governor Bhagat Singh Koshyari invited BJP, the single largest party in the state (105 seats), to stake claim. However, BJP rejected the proposal stating they don't want to form a minority government. Later, Shiv Sena and NCP were asked about their willingness to form a government.

However, on Tuesday, President's Rule was imposed in the state after the governor deduced that no stable government was possible in Maharashtra under the current political scenario.

Shah took on Shiv Sena, Congress and NCP leaders, who have been criticising the governor for recommending President's Rule in the state. He averred that the effort to raise a ruckus over the imposition of President's Rule was "a meaningless exercise to gain public sympathy" and added that anyone can still approach the governor if they have a majority to form the government.