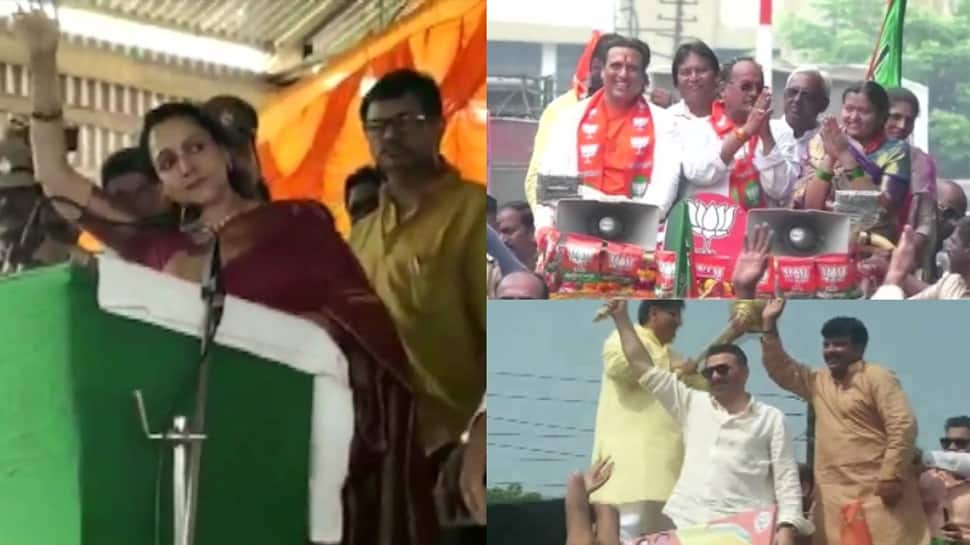 Haryana/Maharastra: On Saturday, the last day of campaigning ahead of assembly election in Maharastra and Haryana, top bollywood celebrities were seen canvassing in favour of BJP candidatwes in the two poll-bound states.

Actor-turned-politician Sunny Deol was here to campaign for Om Parkash Dhankar who is minister in Haryana government. Dhankar is contesting from Badli assembly constituency.

Actress and BJP MP from Mathura Hema Malini also visited Haryana and addressed a public rally in Panipat while she was campaigning for Krishan Lal Panwar, the BJP candidate from Israna assembly constituency.

Later the actress also visited Jhunjhunu to campaign for Sushila Sigra in Rajasthan for the by-polls. Sigra is the BJP candidate from Mandawa.

The states will observe single-phase voting for the Assembly elections on 21 October. he counting of votes will take place on October 24.

Congress pins hopes on revival in Ahirwal region of Haryana