In Maharashtra, the contest is between BJP-Shiv Sena alliance called the 'Mahayuti' and the Congress-NCP alliance named 'Maha-aghadi' (front). 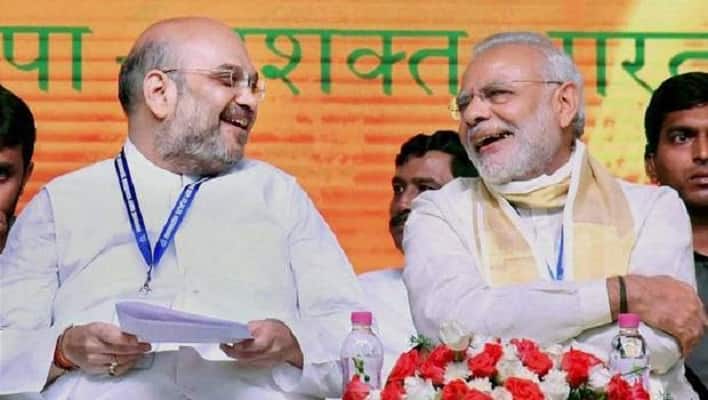 Counting for votes for Maharashtra, Haryana state assemblies, bypoll to 51 Assembly seats and two Lok Sabha seats spread across 18 states is scheduled to start at 8 AM on Thursday (October 24). Voting for 288-member Maharashtra Assembly and 90-member Haryana Assembly took place in single-phase on Monday (October 21).

In Maharashtra, the contest is between BJP-Shiv Sena alliance called the 'Mahayuti' and the Congress-NCP alliance named 'Maha-aghadi' (front).  A total of 3,237 candidates, including 235 women, are in the fray in Maharashtra this time.

In 2014 Assembly election in Maharashtra, the BJP was the single largest with 122 seats, while Shiv Sena managed to win 63 seats. The Congress won 42 seats in 2014, while Sharad Pawar-led Nationalist Congress Party (NCP) emerged victorious on 41 seats.

In Haryana, a total of 1,169 candidates, including 105 women, are in the fray. The BJP stormed to power in the state in 2014 after winning 47 seats. The Congress finished at third place as it won only 15 seats, while the Indian National Lok Dal managed to grab 19 seats and two seats were won by Haryana Janhit Party. The Bahujan Samaj Party and the Shiromani Akali Dal won one seat each and five seats were won by independents.

The results of bye-election in 51 assembly seats and two Lok Sabha constituencies will also be declared on Thursday. The BJP and its allies won 30 of these assembly seats, while the Congress held just 12 seats.

The other states which witnessed bye-election on Monday were Punjab (4 seats), Kerala (5 seats), Sikkim (3 seats), Rajasthan (2 seats) and one seat each in Arunachal Pradesh, Madhya Pradesh, Odisha, Chhattisgarh, Puducherry, Meghalaya and Telangana. Counting of votes for bypoll in Maharashtra's Satara and Bihar's Samastipur Lok Sabha seats will also be held on Thursday (October 24).

In Uttar Pradesh, the bye-election witnessed a four-cornered contest with the BJP, Bahujan Samaj Party (BSP), Samajwadi Party (SP) and Congress fielding candidates on all 11 seats. In Gujarat, bypoll were held on six seats and out of these six seats four were with the BJP and two with the Congress.

Counting is also scheduled to take place for Khonsa West seat in Arunachal Pradesh, Chitrakot in Chhattisgarh, Huzurnagar in Telangana, Jhabua in Madhya Pradesh and Shella in Meghalaya. In Bihar, Chief Minister Nitish Kumar-led JD(U) had won four seats while one seat was held by Congress.