Earlier, the BJP had announced that it will give 18 seats to the smaller allies. The ruling combine comprises the BJP, the Shiv Sena, the Republican Party of India-A, the Rashtriya Samaj Paksha, the Shiv Sangram Party and the Rayat Kranti Sanghatana. 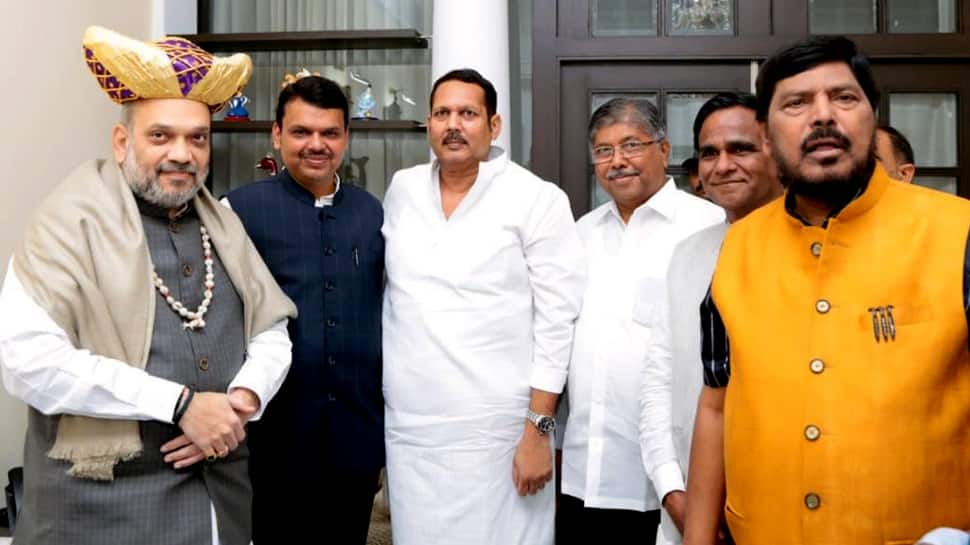 The Bharatiya Janata Party (BJP) has given its smaller allies a total of 14 seats and retained the rest of the 150 seats for itself for the Maharashtra assembly election. The Shiv Sena and BJP on Tuesday had finalised a seat-sharing agreement wherein the BJP, seen as a big brother, will retain the major share of 164 seats and the remaining 124 seats will be contested on by the Shiv Sena.

Earlier, the BJP had announced that it will give 18 seats to the smaller allies. The ruling combine comprises the BJP, the Shiv Sena, the Republican Party of India-A, the Rashtriya Samaj Paksha, the Shiv Sangram Party and the Rayat Kranti Sanghatana. The RPI-A has been given six seats, the Rayat Kranti Sanghatana three seats, the Rashtriya Samaj Paksha two seats and Shiv Sangram Party three seats.

In 2014, the BJP was under pressure from its small allies but things have changed in the run-up to the 2019 Assembly election. In the last five years, from the local civic election to the Lok Sabha, the BJP has won a big victory. BJP's strength has increased manifold.

The BJP on Tuesday released a list of 125 candidates and Maharashtra Chief Minister Devendra Fadnavis, who has been named in the first list, will contest from Nagpur South West. It is to be noted that Fadnavis had contested from this seat in 2014 too.

Udyan Raj Bhonsle has been elected to contest from Satara for Lok Sabha by-poll. Notably, BJP has given both assembly sets of Navi Mumbai, seats which Shiv Sena had been eyeing for its contestants.

According to the first list of Shiv Sena, Aditya Thackeray has been fielded from Worli assembly constituency, a party stronghold in south-central Mumbai. The 29-year old grandson of Shiv Sena founder late Bal Thackeray, Aditya will be the first member from the Thackeray family to enter the electoral fray after Shalini Thackeray, the wife of Jeetendra Thackeray, a cousin of MNS founder Raj Thackeray, who had unsuccessfully contested the 2019 Lok Sabha elections.

Shiv Sena is expected to declare the remaining 53 candidates' names shortly. It is to be noted that the last day to file nomination for the election is October 4.