Devendra Fadnavis posted a set of photos from his Kedarnath visit on Twitter and wrote, "Took darshan and blessings at Kedarnath temple, this morning. Har Har Mahadev!" 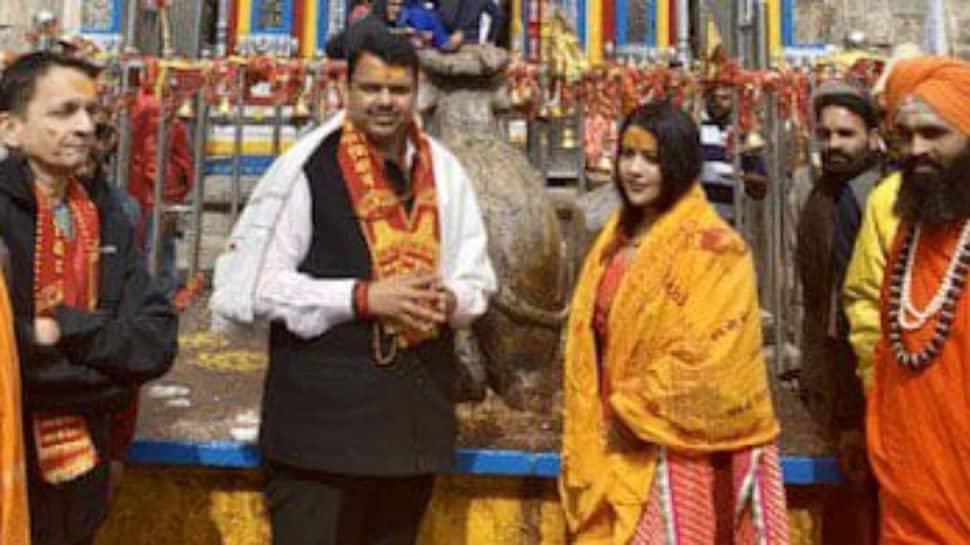 New Delhi: Maharashtra Chief Minister Devendra Fadnavis offered prayers at the Kedarnath shrine in Uttarakhand on Wednesday along with wife Amruta, a day before the Assembly election result in Maharashtra is to be announced. Fadnavis is seeking a second term.

Fadnavis posted a set of photos from his Kedarnath visit on Twitter and wrote, "Took darshan and blessings at Kedarnath temple, this morning. Har Har Mahadev!"

The Assembly election in Maharashtra for 288 seats took place on October 21 and the counting of votes is scheduled for Thursday, October 24.

Earlier in May, Prime Minister Narendra Modi had also visited the Kedarnath and Badrinath shrines after he completed campaigning for the Lok Sabha election 2019. PM Modi spent two days in the shrines. He also meditated in a cave.

Almost all the exit polls have predicted a landslide victory for the Bharatiya Janata Party (BJP) in Maharashtra. BJP fought the election in alliance with Shiv Sena while the Congress signed a seat-sharing pact with Nationalist Congress Party (NCP).

Union Minister Prakash Javadekar has expressed that the BJP is going to create history by winning more than 222 seats in Maharashtra.

Along with Maharashtra, election was also held for the 90-member Haryana Assembly on October 21, results of which will be declared on Thursday.