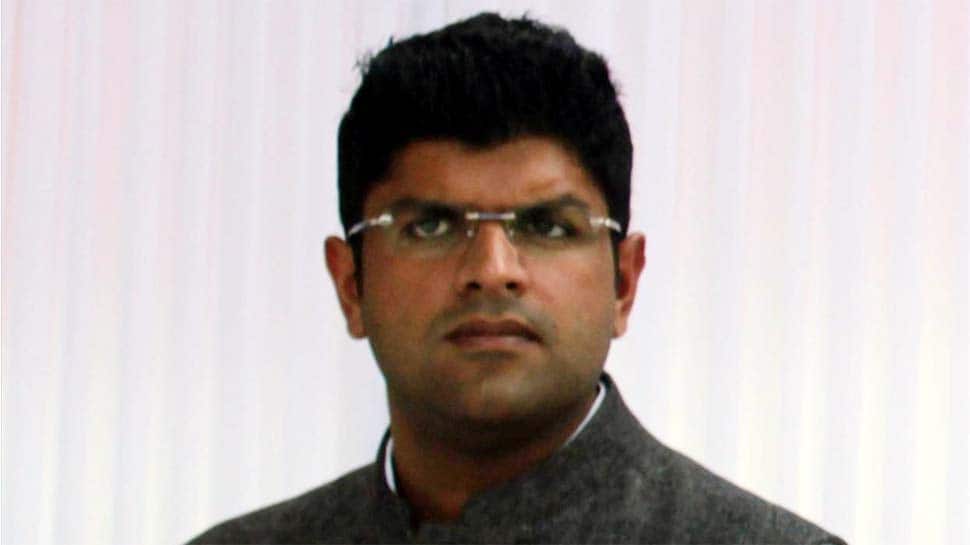 The second list of JJP candidates for Haryana Assembly Elections 2019 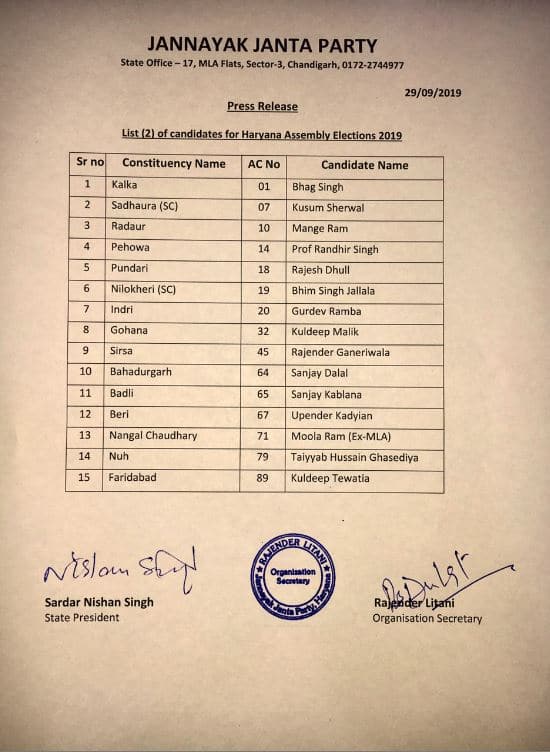 JJP released the first list of candidates for seven seats of Haryana assembly seat on September 13 which had included names such as Former state minister Harsh Kumar and Ram Kumar Gautam among others.

Polls to the 90-member Haryana Assembly will be held on October 21 this year. The counting of the votes will take place on October 24 and the results will be announced on the same day.

JJP is contesting alone in the elections after seat-sharing talks failed with Bahujan Samaj Party (BSP). The two parties had announced a poll alliance on August 11. BSP chief Mayawati on September 6 had announced that her party has snapping ties with JJP over "inappropriate" behaviour in seat-sharing agreement and will contest the assembly polls alone.

After facing a humiliating performance in the recent Lok Sabha polls, JJP had offered 40 seats to the BSP, which was refused by the later.