Haryana assembly election 2019: Key candidates to look out for

Haryana Legislative Assembly election is scheduled for October 21, and the state has seen a massive political turmoil in the past 10 years with the BJP emerging as the single-largest party, a meteoric rise from the party's junior partner position in the state. 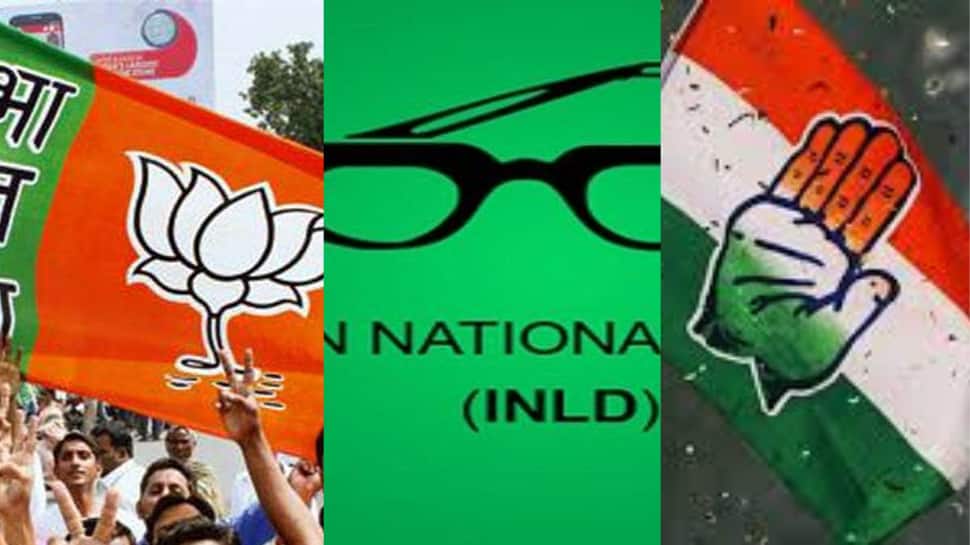 CHANDIGARH: Haryana Legislative Assembly election is scheduled for October 21, and the state has seen a massive political turmoil in the past 10 years with the BJP emerging as the single-largest party, a meteoric rise from the party's junior partner position in the state.

The once-dominating Haryana politics Indian National Lok Dal (INLD) has suffered a crushing blow from 2005 onwards with the largest schism forming after Dushyant Chautala, former Mp from Hisar separated from the party and floated its own political outfit- Jannayak Janta Party (JJP).

Congress is going through a political crisis with constant infighting and doubts over the party's leadership. The party faces an enormous challenge to sway the votes in their direction, especially after losing all seats in the Lok Sabha elections.

Here is a look at key candidates for the upcoming state assembly polls in Haryana:

Manohar Lal Khattar: Incumbent Chief Minister of Manohar Lal Khattar currently represents Karnal, and will be re-contesting from the constituency. He is the first Punjabi chief minister in Jat-dominated Haryana who has been projected as the chief ministerial candidate of the BJP and has defeated independent candidate Jai Prakash Gupta from Karnal by a margin of 63,773 votes to secure his seat.

Bhupinder Singh Hooda: Having served the Chief Minister of Haryana as a member of Congress for two terms between 2005 and 2014, Hooda will be contesting from his home constituency of Garhi Sampla-Kiloi in Rohtak district. Currently, he is the Leader of Opposition in the state and will be up against Satish Nandal from INLD and BB Batra from the Congress to contest from the Rohtak constituency.

Abhay Singh Chautala: The grandson of former deputy prime minister Chaudhary Devi Lal and son of INLD chief Om Prakash Chautala, Abhay Singh Chautala will contest from Ellenabad constituency for the second time, which he won after defeating Pawan Beniwal of BJP by a margin of 11,539 votes and bagging 69,162 votes. Abhay has also served the leader of the opposition from INLD in the 2014 Haryana Assembly election.

Dushyant Chautala: After being expelled from INLD in December 2018, former Hisar MP Dushyant Chautala, along with his father Ajay, and brother Digvijay floated Jannayak Janta Party and will contest the elections from the Uchana Kalan constituency. He is contesting against the BJP's sitting MLA Prem Lata who had defeated him once earlier in the 2014 polls by a margin of nearly 7,000 votes.

Kuldeep Bishnoi: Son of former chief minister Bhajan Lal, Kuldeep Bishnoi was expelled from Congress and later floated his own party, Haryana Janhit Congress along with his father. However, in 2016, Kuldeep ended his alliance with the BJP and merged with the Congress. He will be contesting from Adampur constituency on a Congress ticket.

Babita Phogat: Wrestling champion Babita Phogat who has gold in 2014 and the 2018 Commonwealth Games has been fielded by the BJP from Dadri constituency in a bid to sway the voters in their favour. Babita joined the BJP in August 2019 and has been a vocal supporter of the grand old party.

Yogeshwar Dutt: Another wrestling champion fielded by the BJP for the upcoming Haryana assembly election, Yogeshwar Dutt is a former professional freestyle wrestler who came into limelight when he won a bronze medal in the 2012 Summer Olympics. Dutt joined the BJP in September only, and will contest the elections from Baroda constituency in Gohana district of Haryana.

Anil Vij: Anil Vij is Haryana’s Minister of Health and Sports in the Manohar Lal Khattar who joined the RSS's youth wing as a teenager and contested in the 1990 by-election for the Ambala Cantonment seat, which was vacated by late external affairs minister Sushma Swaraj. He will be contesting the upcoming assembly election from Ambala Cant seat.

Sonali Singh Phogat: TV actress and social media app Tick Tock's sensation Sonali Singh Phogat has been given a party ticket by the BJP from Adampur constituency and she has been pitted against Congress' Kuldeep Bishnoi. Hailing from the Fatehabad district, Phogat is also the national vice president of BJP’s Mahila Morcha.

If Bharat Ratna can be given to Veer Savarkar then why not Godse? Asaduddin Owaisi questions BJP