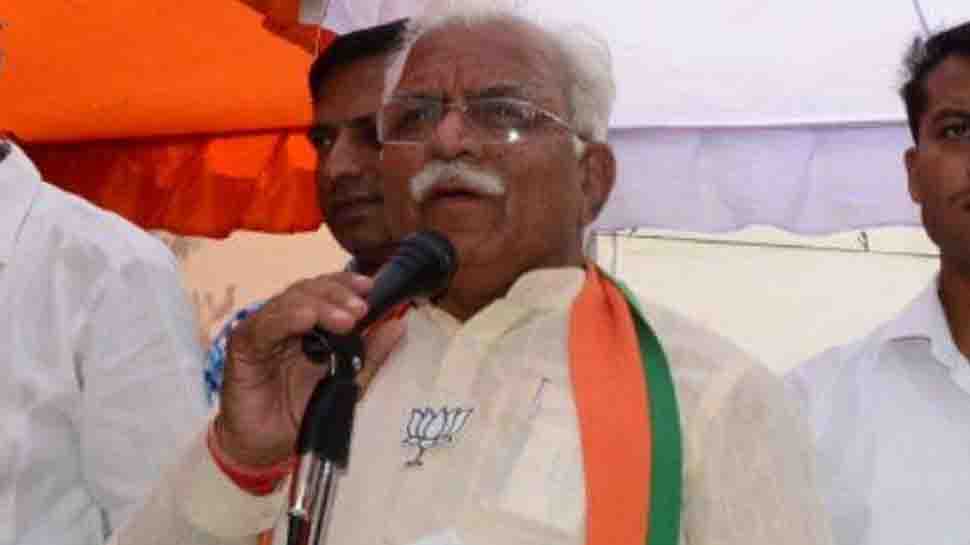 New Delhi: Bharatiya Janata Party (BJP) will be releasing its manifesto for the Haryana assembly elections on Sunday, in the presence of state Chief Minister Manohar Lal Khattar and other senior leaders of the party.

In the state assembly polls, BJP is banking on the development plank and clean image of Chief Minister Manohar Lal Khattar. In the manifesto, the party is expected to make a host of promises in order to woo the voters.

Congress had already released its manifesto for the Haryana elections on Friday, making a plethora of promises ranging from the farm loan waiver, unemployment allowance for graduates and post-graduates, one job in every family based on qualifications, 33 per cent reservation to women in government jobs, free rides for women in Haryana Roadways among other.

In 2014 elections, BJP government came to power after the party won 47 out of a total of 90 seats in the Assembly elections, while the Congress was restricted to just 15 seats.Polling in the state will be held on October 21 and the results will be declared on October 24.

What's in a name? Shiv Sena's Mumbra-Kalwa candidate campaigns as Deepali in one area and Sofia in another